Harvest numbers have been up slightly region-wide all season long, although the pace of elk harvest slowed over the past few weeks.  FWP says that fresh snow and colder weather this week could improve tracking conditions and wildlife movement, leading to a strong end to the season.

The hunter check station near Darby is the regional leader in elk harvest with 149 checked thus far, which it surpassed only once in the past five years.  Whitetail harvest at Darby was 48, nearly the same as last year and the mule deer harvest of 29 is up from the past five years.

The Anaconda station checked 28 elk so far this season, down from the five-year average.  The harvest of 33 white-tailed deer is the highest ever recorded at Anaconda since its beginning in 1979, and the mule deer harvest of 19 is higher than 2017 or 2016 (the Anaconda station did not operate in 2018).  Hunters are finding slightly more whitetail hunting opportunity in the Upper Clark Fork under current regulations, which may explain part of the bump in harvest.

Hunters have through Sunday, Dec. 1 when the general rifle season for deer and elk closes. 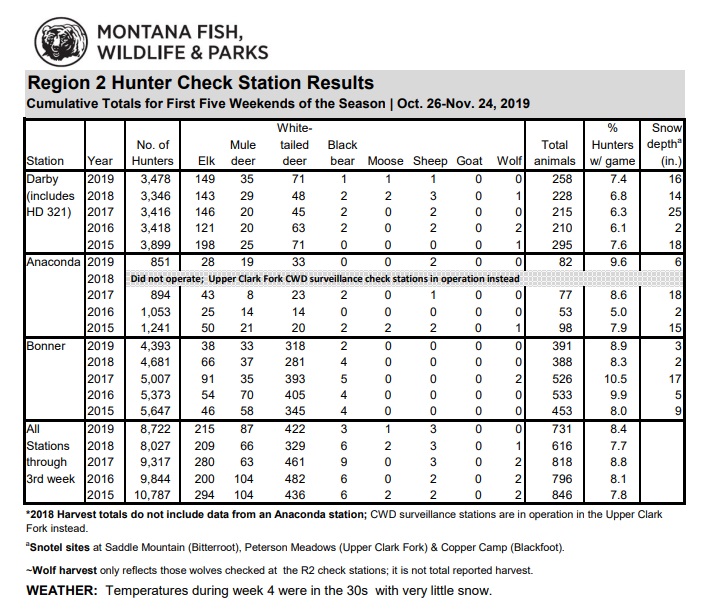