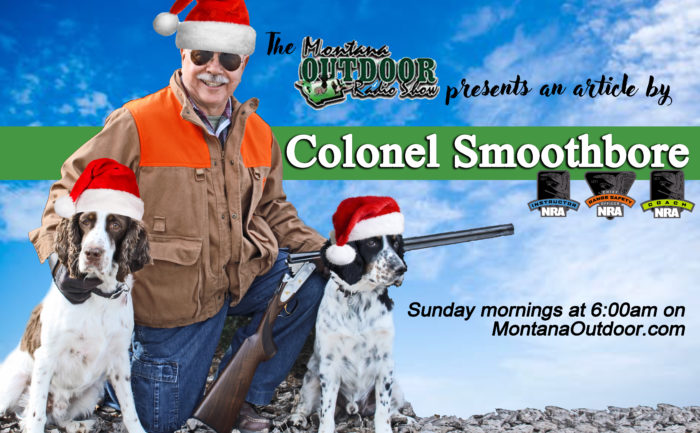 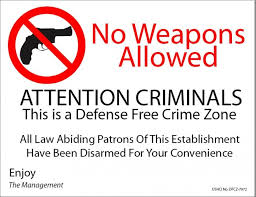 Mohammed Sameh Haitham, 19, Joshua Watson, 23, and Cameron Scott Walters, 21; these three United States Navy airmen were killed by a Saudi national at Naval Air Station Pensacola, Florida. They were murdered by a man with a gun. They were murdered in a gun free zone. Eight others were injured in the shooting. Ensign Joshua Watson was the on-duty watch officer. He was denied possession of a firearm. 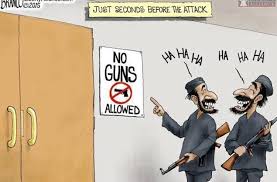 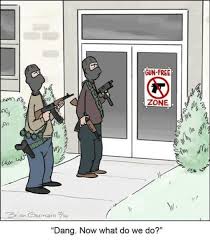 These are just two recent examples of innocent people who were murdered in areas where possession of a firearm is legally prohibited. I have tried to find some verifiable percentages on the number of innocents killed in public locales where they were denied the legal possession of a gun. I cannot give you solid definitive numbers, they don’t exist. There are some studies that attempt to define the percentage of mass shootings in gun free zones. One authored by Dr. John Lott seems to offer the best assessment available. Here a link:

https://crimeresearch.org/2018/06/more-misleading-information-from-bloombergs-everytown-for-gun-safety-on-guns-analysis-of-recent-mass-shootings/ There are other studies, but the problem is defining a “mass shooting.” Like so many political debates, folks tend to frame statistics to bolster their arguments and hard as it is to believe, some even fabricate data and all too often, lie to make their points.

It seems that every time proposals that liberalize firearms possession are offered or enacted we hear enormous amounts of fear mongering. “There will be blood in the streets!” is a common refrain yet I can find no evidence in any jurisdiction that crime is rising or rose after gun restrictions were reduced or eliminated.

I also cannot find a single example of someone intending to commit mayhem and murder stopping their attack because it would occur in a “No Firearms Allowed” area, and I challenge anyone to provide documented proof of a single occurrence of one such example. Criminals by definition ignore the law. 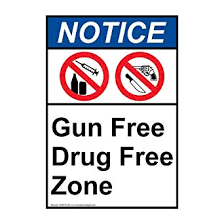 Understand that I am not claiming that we should not have some restrictions on the possession of guns. Mind- and mood-altering substances (e.g. alcohol, drugs) and guns don’t mix, and those people who are deemed to be a danger to others, or those convicted of serious crimes should be prohibited from possessing a firearm. But try as we might, we will never be able to stop everyone hell bent on killing others and neither will the “gun free zone.” After all the research I have done I have come to the conclusion that gun free zones are not safe havens, but free fire areas where evil doers go to commit their heinous crimes. Ensign Joshua Watson gave his life trying to stop his killer, he was denied the gun that might have saved his and others lives. That is the true definition of insanity and it is time to stop it.