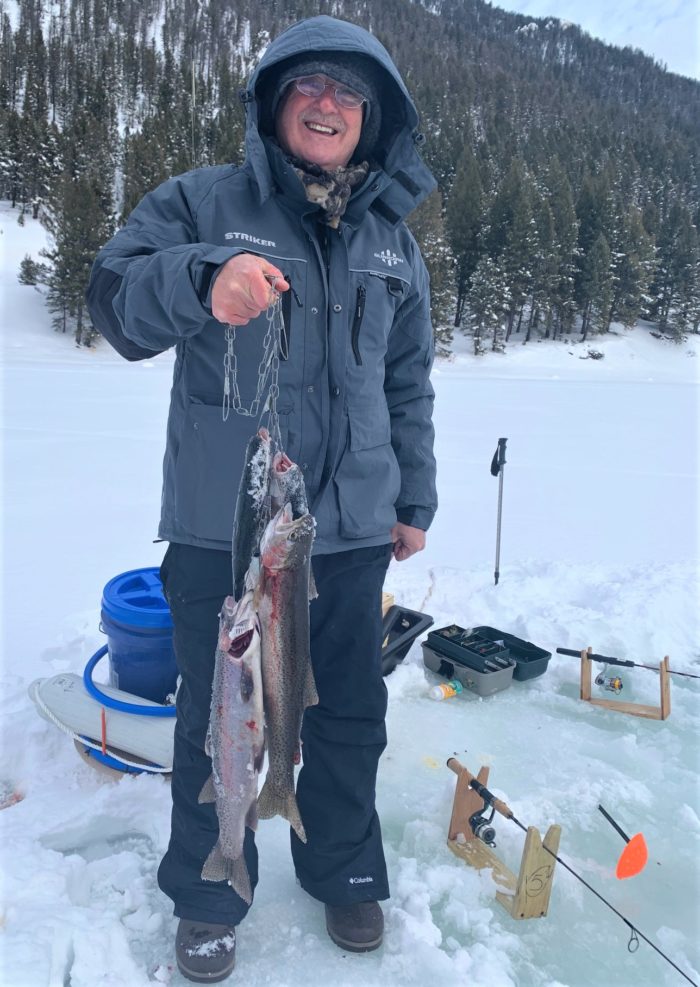 Handy Randy and I took a run to Hebgen Lake yesterday. The roads were slick from the snow during the night, but we made a safe drive. We needed to stop and get some great Jerky at “Deemos Meats”, in Ennis. Lots of critters were along the roads. Elk, lopes, mule deer and whitetails were everywhere in the morning. 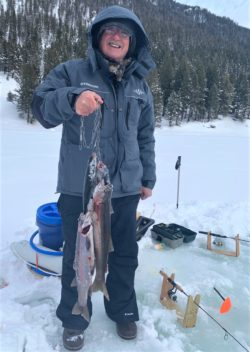 We parked at the dam and managed to get a few hundred yards from the parking area. Two other groups were on the ice, but no one was slaying them. I saw one guy ice one fish. Ice conditions were typical Hebgen Lake style. A foot or so of snow covering slushy, sloppy ice, on top of layered ice to 16 inches. Using a walking staff ski pole was helpful. 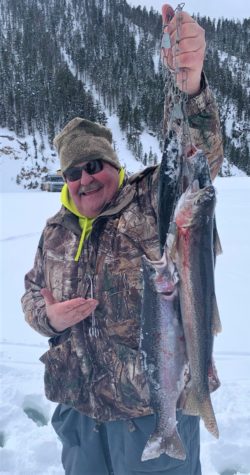 Randy used his new Eskimo battery powered auger. It is light, easy to handle and cut the ice like butter. Our first set up produced nothing. Maybe 10 foot of water. We moved deeper into about 20 foot of water and began to get bites.

The fishing was not furious, but the Rainbows were pigs and fought great! Maggots, worms, and horizontal sharp jigs were the ticket. All bites came Dead Sticked. No bites when jigging. The sun came out several times and the day was comfortable. Not a boatload of fish but enough action to enjoy the day. Normally I do great with a Swedish Pimple loaded with a meal worm and maggot. Not one bite on my Old Reliable today.

It was a great day in Montana, but the fishing could have been better.

For more Montana Grant, hook up at www.montanagrantfishing.com.