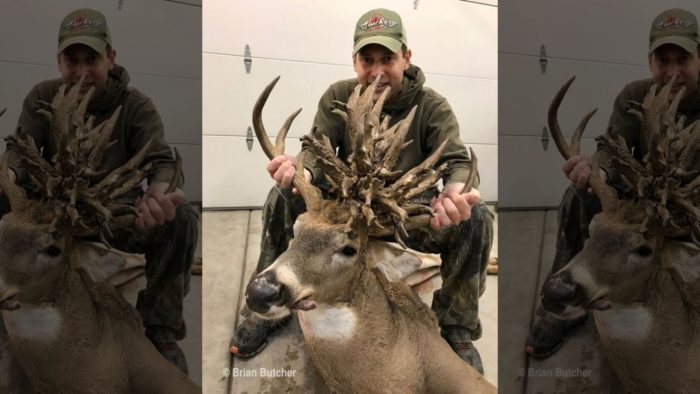 Holy BUCK, that’s a big one!
By angelamontana

Kansas bowhunter, 38 year-old Brian Butcher, found the buck of a lifetime while he was in his treestand, according to an article by Alexandra Deabler with Fox News.

“When I first saw it, I thought it had some branches or grass tangled up in its antlers,” said Butcher to the Kansas Wildlife, Parks & Tourism bureau. “But when I looked at him with binoculars, I realized it was all antlers.”

Butcher shot the buck at just 25 yards and had to wait 60 days for the buck to be scored.

On Jan. 3, members with the Boone and Crockett Club spent five hours scoring the buck, coming up with an unofficial net non-typical score of 321 3/8 inches, according to Kansas officials, and earning Butcher the fourth highest-scoring non-typical whitetail harvest in the world. The largest bowhunter-harvested non-typical whitetail was shot in Illinois, with a score of 327 7/8. However, if Butcher’s record stands, he will hold the record for the state of Kansas. 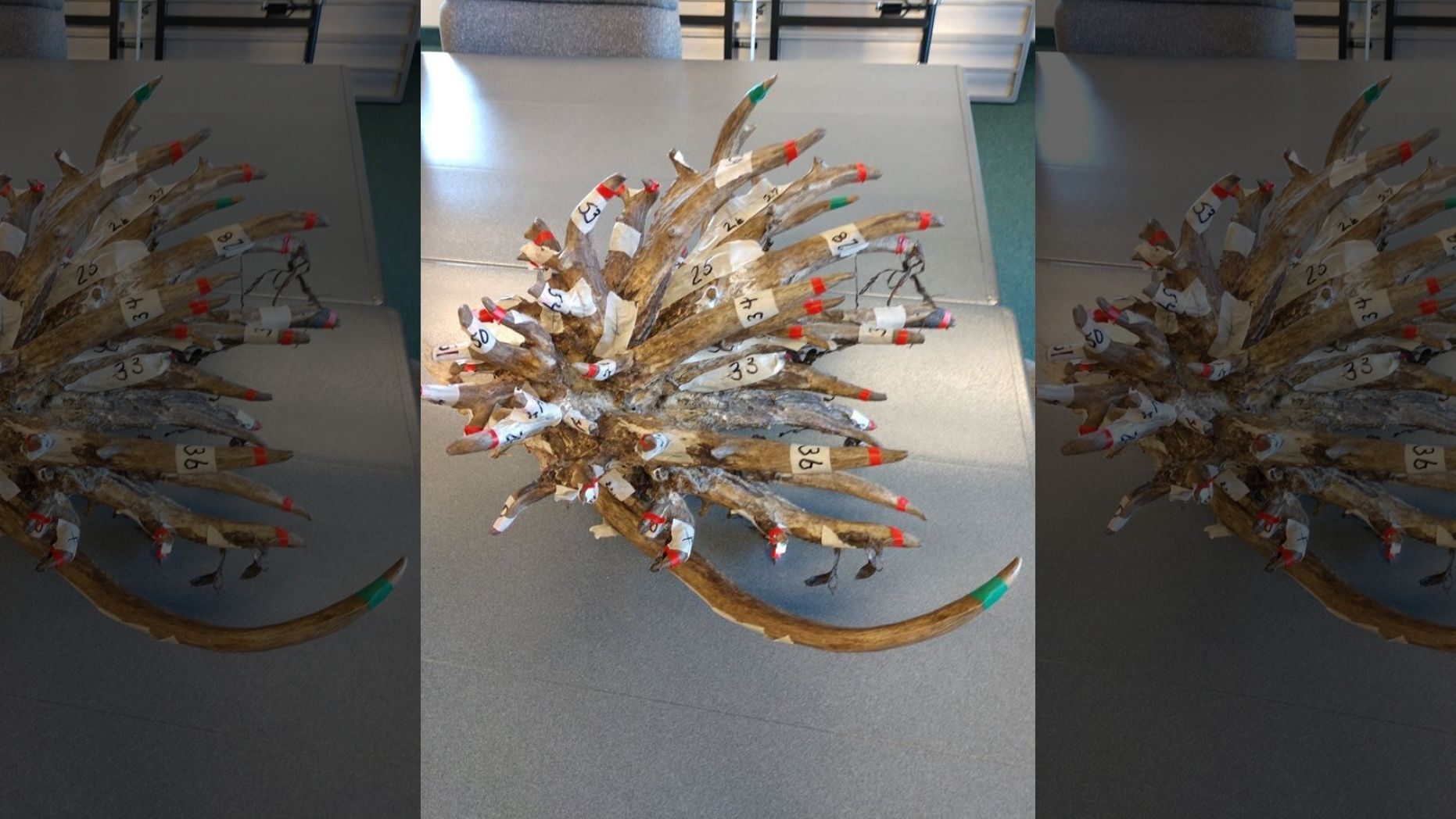 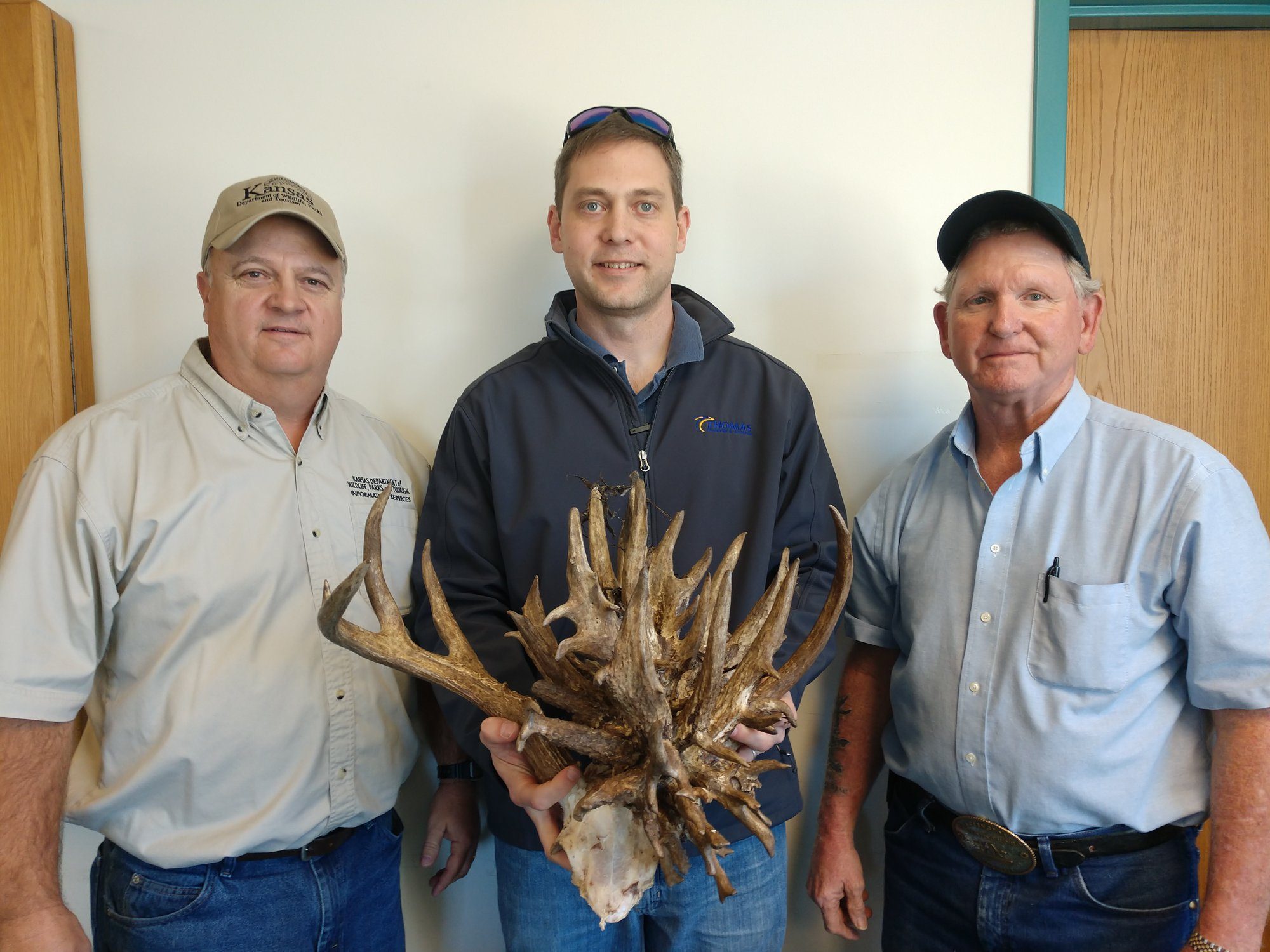