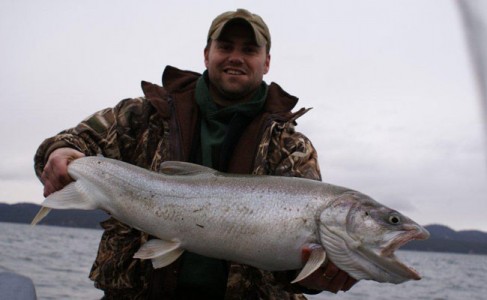 2020 Spring Mack Days AIS inspections for everyone
By angelamontana

Because the Confederated Salish and Kootenai Tribes are very concerned about AIS issues-Mack Days will require that all boats entered in Spring Mack Days be inspected in 2020 before launching at any site on Flathead Lake and that proof of inspection be turned in with your first entries or before.

AIS inspection stations will be open at an early date. Inspections may also be done at Polson NRD or FWP Offices (call ahead) or a Mack Days Inspection can be done at Blue Bay-not for boats coming from out of state or any boat crossing over the Continental Divide. Ravalli Station will open Feb. 21-7 days a week-7am-5pm.

When we have more information on sites for other inspection stations and hours we will send it out.

Thank you everyone for helping with this important issue. 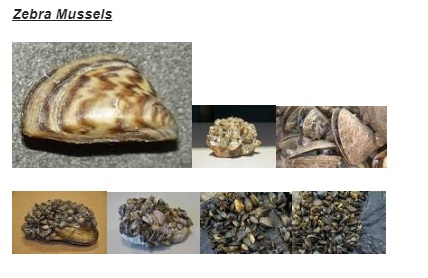 The zebra mussel is a small freshwater mussel. The species was originally native to the lakes of southern Russia and Ukraine. However, the zebra mussel has been accidentally introduced to numerous other areas and has become an invasive species in many countries worldwide. Wikipedia They are usually about the size of a fingernail, but can grow to a maximum length of nearly 2 in (5.1 cm).[4][5] Shells are D-shaped, and attached to the substrate with strong byssal fibers, which come out of their umbo on the dorsal (hinged) side.  Today, scientists know that zebra mussels can cause increases in toxic blue-green algae, including Microcystis, which produces a poison that causes liver damage when ingested by humans and wildlife. Decaying algae can make waters uninhabitable by causing low levels of dissolved oxygen that result in fish kills. 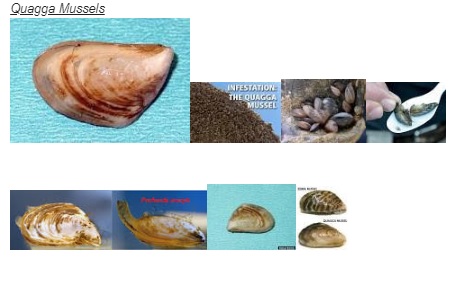 Ecological problems also result from mussel invasions. Zebra and quagga mussels can kill native freshwater mussels in two ways: (1) attachment to the shells of native species can kill them, and (2) these invasive species can outcompete native mussels and other filter feeding invertebrates for food. Quagga mussels are filter feeders and use their cilia to pull water, algae and plankton into their shell cavity. Each adult mussel is capable of filtering one or more liters of water each day, where they remove phytoplankton, zooplankton, algae, and even their own larvae.  Free-swimming microscopic larvae, called veligers, drift in the water for several weeks and then settle onto any hard surface they can find. Zebra mussels also can tolerate a wide range of environmental conditions and adults can even survive out of water for about 7 days.