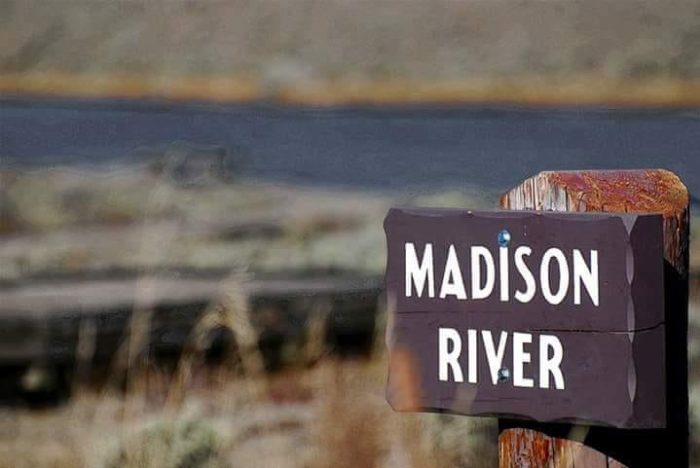 The MAD RIVER!!!
By Montana Grant 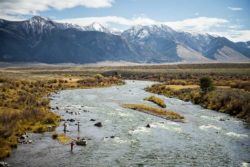 Public fisheries are paid for by the public. The fish are public property, and the resource is managed based upon public input and agencies paid with public funding. It does not seem fair when private entities get to make money off what is a valuable resource for all of us.

The groups that pay for the resource’s management, regulation, and protections should have the voice. Fishing licenses, management stamps, fees, and contributions pay the bills that build the fishing accesses. Recreational tubers, floaters, and users that pay nothing, crowd, trash, vandalize, impact and abuse our “public” places but contribute no money to support them. What a sweet deal. Just look at the Lower Madison River during the summer. 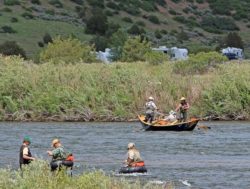 What makes us the “Maddest” is that what is truly at risk is the fishery itself. Too much pressure ensures that the resource will be lost. How much fishing pressure is too much? Do we have to wait until the bottom falls out before we act? Trout Unlimited says to follow the Science. They will not take a side until the data is all in. Maybe they need to be renamed “Trout Limited”. In the meantime, fishermen are getting madder.

Only 18% of anglers were from Gallatin County, MT.

50% of Madison Commercial floating is between Lyons Bridge and Ennis.

21% of non-resident Madison anglers are from California, Utah, and Colorado

70% of interviewed anglers felt the fishing was “acceptable”.

55% of interviewed anglers said that the number of floaters, between Lyons and Ennis is unacceptable.

70% of interviewed anglers felt the number of fishermen on the river is unacceptable.

Did anyone ask about the fish? How many guided trips come from out of state? Do fishermen understand proper Catch and Release techniques? Could Guides become better stewards of the resource through education and training? Should experienced guides have input into how fishing is better protected? Should some stretches be managed as Guided trips only? Is it time to exclude spin fishing from the fishery? Have cell phones, photography, and action cams become a liability to fish survival? Should a Fish Safety/ Resource Training Course be required before fishermen are allowed to fish?

Madison River veterans have historically seen the fishery change. Like it or not, the trout numbers are down. Catch and Release mortality is up. During an evening Caddis hatch, back in the 80’s and early 90’s, 30 trout heads would be rising behind every rock in the river. Today, you may see 6. Big trout are fewer, and trout without hook scars are rare. Numbers are down from 30 years ago but up from 1995.

In 1995, Whirling’s Disease was introduced into the river through illegal stocking, dirty boats and boots, and lack of attention. 90% of adult Rainbow trout disappeared. Brown trout, which are also non-native are immune to the disease and survived. What were thousands of trout per mile declined to hundreds. It takes 3-4 years to grow a 14-15-inch trout. Recovery takes time.

Fly fishing quality or “acceptable fishing” are based on what you are used to. Nonresident fishermen generally come from areas where only stocked, seasonal fish are the choice. Their local fisheries are already stressed, crowded, and overfished. Montana at its worst is more “Acceptable” to this audience.

Without a quality population of fish, the fishery will become a boat ride, floating, and fishing, but rarely catching. For many, drifting down the Madison is a glorious celebration of nature. The wildlife, vistas, water, and experience are exceptional. Many guests will be satisfied. For fly fishermen, the lack of fish will not make this fishery “inviting”. Just look at the once awesome Bighorn River. This fishery has also traveled the same path. Overfishing, inconsistent water flows, poor reproduction, disease, and mishandling of fish has made this once famous fishery far less.

The FWP has a big and important job to do. New legislation is on the way. Crowds are not just Commercial. It seems that local examples, and history, are not enough evidence. Dollars dictate decisions. Trout Unlimited is still waiting for data.

Even if they do it right, someone will still be Mad!

For more Montana Grant, find him supporting fisheries at www.montanagrantfishing.com.