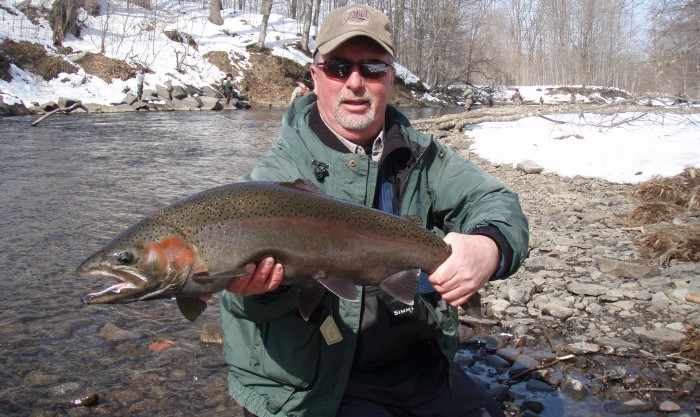 Cold temperatures on the upper Salmon River resulted in very low steelhead angler effort during the first half of the previous week, with most anglers only fishing for an hour or two during the afternoons. Weather conditions began to improve by Friday and angler effort increased, especially downstream of Panther Creek in location code 15.

From Carmen to North Fork, the Carmen, Red Rock and Bobcat Gulch ramps are now plowed and accessible. However, parking and camping is still limited due to snow. The North Fork ramp is plowed, but shore ice left behind from the ice jam makes taking out difficult and is not currently recommended. Boat anglers are advised to always check the current conditions of any ramps they plan to use.

Anglers are also encouraged to use extreme caution as river and road conditions can change rapidly this time of year. The Salmon River road is currently plowed to Corn Creek, but drivers are advised to look out for icy road conditions and rocks on the road.