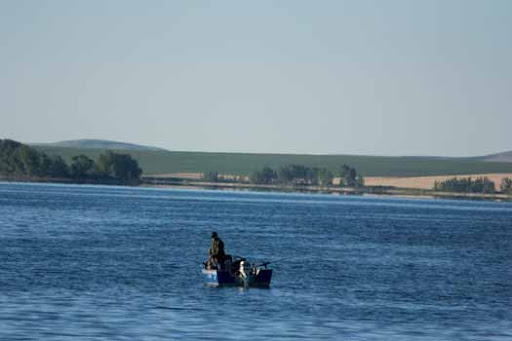 Jack Schilla recently emailed MORS and updaated us with Lake Frances water temps when he was fishing there on Saturday, April 25.  He told us that he found water temps to be between 41 and 43 degrees and that the lake was at “full pool”.  However, he had no bites.  He did talk to another boating angler that reported they caught one walleye.  This ultimately means the fishing at Frances is slow due to the cooler water temps, as there is still ice on the east end of the lake which prevents boat launch access there.  The only place to actually launch is from Valier Campground.

If you haven’t heard, Frances had a major snow goose mortality this past spring, as Schilla counted 135 dead snow geese from “The Lighthouse along the shore to the west to the loan tree”, which is a shoreline distance of just a quarter to a half mile of open water.  Montana FWP is investigating and took some of the dead birds for testing to see what the cause of death was.

Also, be careful, as last week, a farm family Schilla goes to church with on the southwest shore of Lake Frances had a grizzly bear attack on one of their calves.  Even though the calf survived, evidence did reveal it was definitely a grizzly bear’s work.

Thank you for the information, Jack!