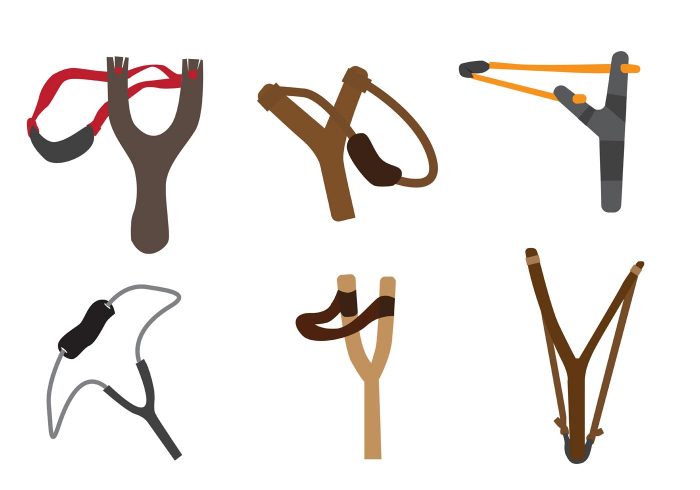 Sling shots have been around for centuries. These handheld forked frame weapons are an upgrade from Slings. Back in the day of the Roman armies and other warrior cultures, Handheld Slings were used to disrupt enemy assaults. Units of Slingers would throw projectiles over 100 yards using a cord with a pocket sewed in the middle. Slingers would position themselves behind the phalanxes of their armies and rain hell on their opponents. 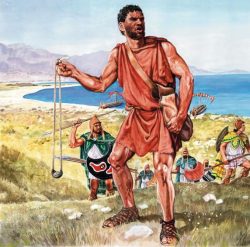 As kids, we all made our first Sling Shots from a forked stick and a rubber inner tube. These primitive weapons were fun to shoot and could also be used for survival. Killing squirrels, birds, and small game out to 50 yards is certainly possible.

When watching the Walking Dead series, one survivor uses a sling shot to eliminate zombies. A proper Sling Shot can punch a hole into a can at 50 yards. Slings are aimed using hand eye coordination. Look at the target and adjust the shot. With practice, you can become a Bean Shooting master.

For hunting, or target shooting, you can use rocks, acorns, marbles, ball bearings, or other spherical projectiles. Romans made ammo from melted lead that were narrow and football shaped. Graves have been found with these projectiles wedged into the bones of the deceased. Its nice to use projectiles that are free and abundant. In Montana we have no shortage of round rocks.

Target shooting with Bean Shooters is fun, but they also have other uses. Try taking a Bean Shooter fishing. If you chum corn or other baits, shoot them into the lake to attract fish. You can target structure and cast near it, once the fish are used to the free handouts.

When hunting, you may also use a Bean Shooter to spook critters out of thick cover. Once I shot a stubborn Mulie Buck that would not leave the thick coulee he was in. I could see an occasional antler or tail, but nothing to shoot at. I used my Sling Shot to make noise at one end of the coulee. After several noisy shots, the buck tried to slip out the opposite end, where I was waiting.

When hunting in a tree stand, in an acorn forest, I once used my Sling Shot to attract a buck. The buck was 100 yards away munching acorns under another oak tree. The White Oak acorns are like Hershey Kisses to a deer. I noticed that every time an acorn fell from the tree, the buck targeted the fresh drop.

I carefully climbed out of my acorn tree and gathered up a hat full. Once back in my perch, I started launching acorns in the Bucks direction. Sure enough, the Buck would travel to my fresh acorn shots. Once in range, he was under my stand eating away. When the wind blew and several acorns fell in my kill zone, I arrowed the deer at 15 yards!

Getting rid of nuisance critters is also a job for the Sling Shot. If you have buzzards roosting and crapping on your boat or pier, skunks in the yard, racoons in your trash, rabbits in the garden, neighbor cats in the kids sand box, or any nuisance issue, target them with a non-lethal load and scare them off.

Bean Shooters are just a fun way to sit in the backyard and quarantine!