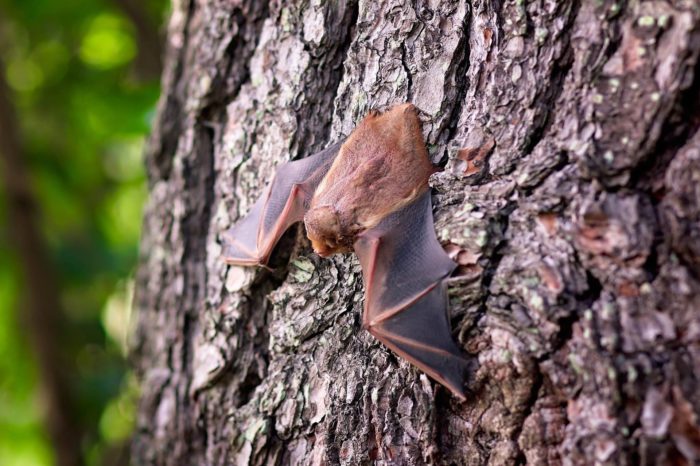 Samples taken from bridges in three eastern Montana counties have tested positive for the fungus that causes white-nose syndrome (WNS) in bats. The presence of the fungus – Pseudogymnoascus destructans (Pd) – was confirmed in Daniels, Richland and Fallon counties but does not necessarily confirm the presence of the disease. The samples were tested by the USGS National Wildlife Health Center in Madison, WI.  National Health Center and Montana Fish, Wildlife & Parks staff are closely monitoring the situation and further testing will be conducted.

“We are disappointed but not at all surprised at this finding,” said FWP’s Nongame Wildlife Management Bureau Chief Lauri Hanauska-Brown. “As the fungus and this deadly disease have moved across the states we knew it was only a matter of time.”

Pd is a powdery white fungus that grows on the skin of hibernating bats, often on the face – hence the name “white nose.” The fungus causes a number of problems, one of which is that it irritates bats, causing them to arouse early from hibernation and search for water and food. Food is obviously scarce in winter, and this early arousal can exhaust fat stores that bats need to survive the winter.

“We are hopeful that Montana bats will not be hit too badly by this disease as we know they are an incredibly important part of our ecosystem with their voracious appetite for pesky insects like mosquitoes and agricultural pests,” Hanauska-Brown said.

Last month the North Dakota Game and Fish Department reported a cluster of Myotis lucifugus (known as the “little brown bat”) deaths from WNS just over the Montana border. Of the 20 dead bats, six were submitted to the USGS National Wildlife Health Center in Madison, WI, for analysis. The bats all tested positive for Pd and WNS.

WNS has been in North America since at least 2006, killing an estimated 6.7 million bats. It has been confirmed in 35 states and seven Canadian provinces. It can wipe out entire colonies of bats and has caused dramatic population declines in eastern states.

FWP has temporarily prohibited the capture of all live bats due to unknown risks of COVID-19-infected humans inadvertently transferring the virus to bats. To substitute for sampling of live bats, biologists are collecting bat droppings at eastern Montana roosts. WNS is not known to affect humans, pets, livestock or other wildlife.