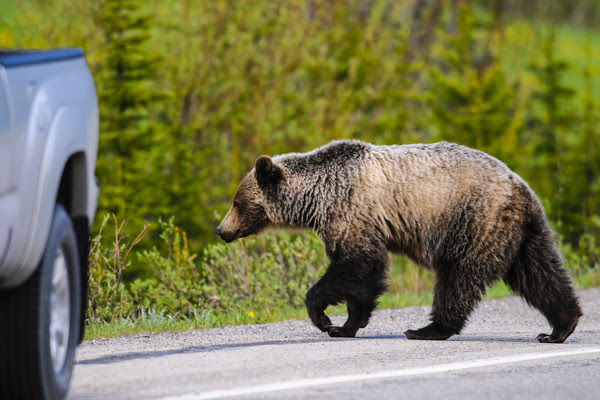 Montana Fish, Wildlife & Parks captured and euthanized a subadult male grizzly bear about five miles west of Shelby on June 19. The bear had been involved in multiple conflicts between Ethridge and Ledger this spring, and attempts to prevent incidents were unsuccessful. In consultation with the U.S. Fish and Wildlife Service, the decision was made not to relocate the bear because its undesirable behavior appeared engrained and posed a human safety risk.

The young male bear was conditioned to non-natural foods and habituated to the presence of people, meaning it had lost its fear of humans. The bear had obtained food rewards, such as spilled grain, livestock carrion, and BBQ grills near homes, which led the bear to seek out residences for more food. Further, the bear had grown accustomed to people and had looked into two home windows and approached a person on a porch.

FWP made attempts to aversively condition the bear to people and homes by hazing it. Additionally, FWP had installed scare devices and electric fence around attractants in an effort to prevent conflicts. Landowners had also cleaned up grain spills and attempted to scare the bear off. FWP had proactively met with producers in the area to make them aware of the situation, provided bear spray, and discussed securing attractants.

Securing attractants is the best way to prevent bears from coming near homes. Common attractants in the area include grain spills, livestock carcasses, apple trees, and pet food. Spilled grain should be cleaned up and disposed of at a landfill, burned, or dumped away from human infrastructure and livestock. FWP provides free livestock carcass pickup during the spring for Teton and Pondera counties. Additionally, FWP works with producers to build electric fence and install other conflict-prevention equipment.

If you observe a bear near your home, it should be carefully scared away from the safety of a hard-sided vehicle. Care must be taken to not push the bear toward other people, and the bear cannot be injured because they are protected under the Endangered Species Act. Air horns and other loud noises can also be used to scare bears away from homes to help teach them to fear people.