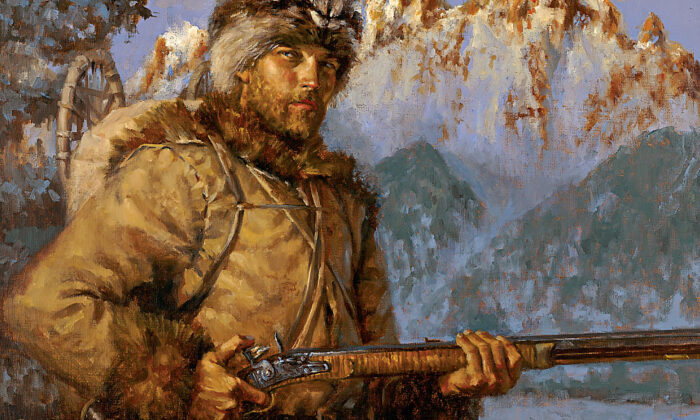 Mountain Men came before John Colt made everyone equal. Modern weapons offered multiple semi auto shooting and handguns with multiple round clips. If a shooter is prepared, they can get off dozens of rounds a minute. 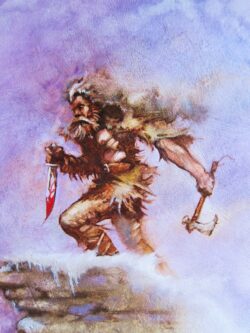 Now let us look at the Mountain Man arsenal. Jim Bridger and many Mountain Men carried as much firepower and weaponry as possible. In most scenarios, they were outnumbered.

Let’s look at what a Mountain Man carried!

MUZZEL LOADED RIFLES   If they could afford it, they carried a Hawken rifle. Calibers varied but if was a Hawken, it was reliable and accurate. Other brands, not so much. If the gun broke in the field, it may have become useless. During the Lewis and Clark expedition, John Shields was the groups gunsmith. He was able to keep the expeditions armament operating during the entire expedition. Even their air rifle survived the 2-year expedition.

A good shooter may get 2 rounds off a minute, if they were organized and prepared. Range was good. A good shooter could hit a target out to 800 yards. Even at 200 -400 yards the rifle was effective. Sadly, most encounters were ambushes. Once the rifle was empty, it served as a club. It was time to bring out their backup weapons.

PISTOLS   If a mountain man had some money, they may have owned several backup pistols. If they were flintlocks or percussion, they were inaccurate. Maybe you could hit a target at under 10 yards.

HATCHETS   Hatchets, axes, or tomahawks were a hand to hand weapon. These weapons were handy around camp and effective in personal combat. They could be thrown or looped around the wrist. These long levers with a sharp head were great tools.

KNIVES    Knives were essential for most Mountain Man tasks. Cutting, butchering, protection, or … They were also the last line of defense. A knife could be thrown but then it was gone. Multiple knives were not uncommon. A knife in the boot, on the belt, strung around the neck to cut patches, or anywhere it was accessible. All would be sharp and ready for action.

SHOTGUNS    The advantage of a shotgun was 2 shots. You could load it with rocks, nails, or BB’s. Just add powder and a patch. These weapons were perfect for close in combat.

ARMOR  Buckskin is not only comfortable, but it is good body armor. The tough hide could prevent serious wounds and injury. Most Mountain Men wore multiple layers which would also help protect them. If a Mountain Man expected a deadly encounter, they would also stuff wood, slabs of stone, or bark under their shirts to protect them.

Most enemies of the Mountain Men were under gunned and had more primitive weapons. Trade rifles were smoothbore and inaccurate. Knives, hatchets, and spears were made of stone or any sharp material available. Stone clubs and simple weapons were good at close range but not afar.

To take on a Mountain Man was important if the enemy wanted weapons. The problem was that it would cost them several shots, stabs, slices, bashes, and fighting to get them. A threatened Mountain Man would not give them up easily.