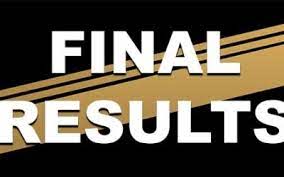 The 2020 Spring Mack Days Fishing Event on Flathead Lake sponsored by the Confederated Salish and Kootenai Tribes ended on June 28th with a total of 27,331 lake trout entries. The six week-long event was three weeks shorter than any other spring event but the weekly average total of 4,555 is higher than previous years which range from 3,804 to 4,484 entries. Two hundred thirty-four anglers turned in one or more lake trout entries.

Up to $225,000 is awarded to anglers in different categories. Top Ten angler winner was Jason Mahlen of Kalispell who has been Top Angler six times in past events. Jason’s total was 1,381 and his 12-day average was 99.92. Top ten anglers are placed by their best 12-day average. A counting error or an escaped lake trout kept him from having a perfect 100 average. On one day when he turned in his catch there were 99 fish in the cooler not the 100 he thought he had. That error has happened before to anglers and is very disappointing at the end of a long day of fishing. He did have eleven days of 100 limits during the event which is phenomenal. Not many anglers can reach that number day after day.

Future anglers who will be soon giving the adults a run for top places spend hours on the boats in all kinds of weather fishing alongside their parents. These young anglers love fishing and being out on the water. They even out-fish the adults on some days-which makes the adults proud but it is also like watching your teenager drive off by themselves the first time. Matt Guckenberg Jr. of Kalispell wins the 13-17 Category with 403, 2nd Leah Banyai of Kalispell with 41, Wyatt Thompson of Bigfork is 3rd with 35, Alden Wood of Kalispell has 24 for 4th and 5th Shalaki Soukup of Polson and Madison Mahlen of Kalispell. Brodie Smith of Kalispell was 1st in the 12 and Under Category with 180 entries, 2nd Colton Marrone of Kalispell with 102, and Waylon Jochim of Missoula is 3rd with 35.

Larry Karper won the 70 and Over Category with his 735 and Larry Ashwell was second with 668. They both won in the Top Ten Category so 1st place goes to Don Peters of Missoula with 112 and 2nd place went to Ralph Johnson of Columbia Falls with 33. There were several anglers in the 80 plus age group fishing in the event. Ralph happens to be one of them-he is an excellent angler and has been competing for several years.

Winners of Siberian Coolers were Marty Herak of Polson for Monday through Thursday and Felix Gauci of Stevensville for the Friday to Sunday fishing.

Morgan Amdahl of Kalispell with 132 entries and Toby Thompson of Bigfork with 198 entries were drawn first and are $1,000 winners in the lottery drawing. Young Cooper Harris of Richmond, VA with 23 entries was a $600 winner, John Malatare of Arlee with 7 entries was a $500 lottery prize winners. Thirty-five lottery drawing winners were done electronically. First winner in the cash instead of merchandise group goes to Josh Morigeau of Helena-$500. There were 32 cash prizes drawn also electronically. Go to www.mackdays.com for a complete list of prize winners.

2020 Fall Mack Days will begin September 8th and end on November 15th. It will be a longer event to make up days lost in the spring. The events are used as a management tool by the Confederated Salish and Kootenai Tribes to reduce non-native lake trout in Flathead Lake.  A huge thank you to the anglers who make these events successful. You are making a difference for future generations of anglers on Flathead Lake.