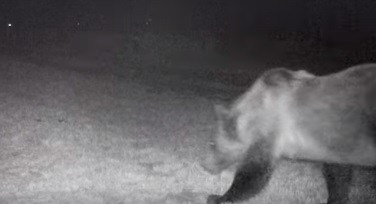 A person was attacked by a grizzly bear Monday night several miles southeast of Choteau.

The person had been looking for a bear after hearing a report of tracks in the area.  The bear was believed to be a sub-adult and had been in an old barn eating discarded grain. The incident occurred at an abandoned farm site away from residences.

Montana Fish, Wildlife & Parks biologists and wardens were on scene last night and attempts to find or trap the bear overnight were unsuccessful. FWP staff were back in the area this morning searching for the bear.  With the generous assistance from Two Bear Air, FWP searched the greater area with a helicopter. However, no bears were located, which isn’t surprising as bears will often flee an area after an encounter such as this.  FWP will continue monitoring the situation and trapping efforts.

The condition of the person involved in the attack is stable with injuries to the arm, hand and back.