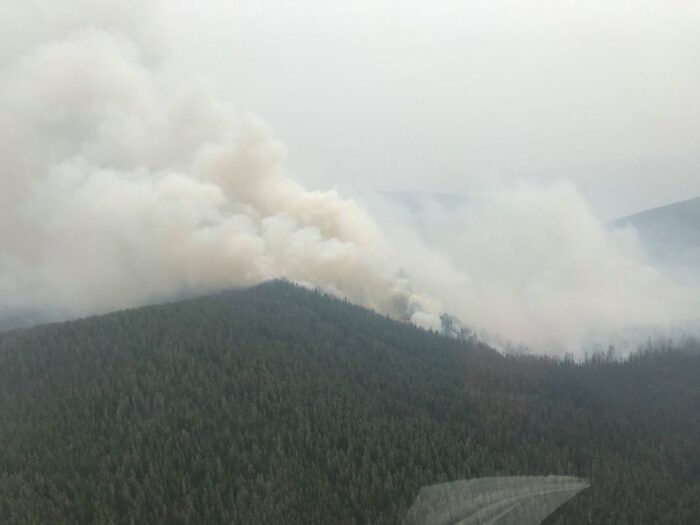 Fire burning near Stevensville up to 2,000 acres
By Moosetrack Megan

CINNABAR FIRE UPDATE: Fire activity greatly increased during the late afternoon and late into the evening on the Cinnabar Fire and the fire is now estimated to be at 2,000 acres. Due to smoke and low visibility, air operations did not occur until the early evening giving firefighters an opportunity to assess the fire perimeter. Aerial assessments indicate substantial fire growth has occurred to the north, northeast and southeast away from the Bitterroot Divide and into the Wilderness. Fire growth to the west has been very minimal. The fire is still burning within the Welcome Creek Wilderness boundary. Active fire behavior is attributed to heavy, dead and downed fuels from previous burned areas and beetle-kill; dry and warm conditions; and terrain-driven fire activity. The fire is making short runs up steep slopes, group torching, and backing downslope. The fire perimeter is approximately 3 miles west of the bottom of Rock Creek. No structures or infrastructure are threatened at this time. Firefighters remain on scene. A detailed update along with an area closure will be issued tomorrow morning and posted to Inciweb.

Photo taken around 2:00 pm on the Cinnabar Fire. 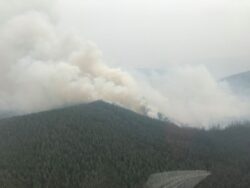