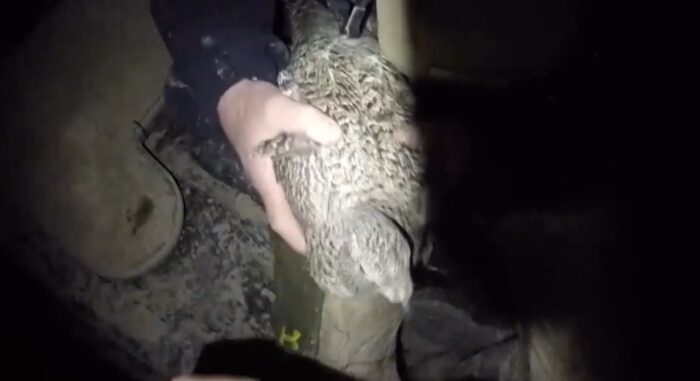 Check out this great behind the scenes footage of a Greater Sage-Grouse capture and release.

In 2011 FWP initiated a 10-year research project to assess the potential impacts of grazing on greater sage-grouse populations in central Montana. To monitor the grouse population changes, we looked at three vital rates: hen survival, nest success and chick survival. Several potential factors affect nest success rates with weather typically playing the biggest role. Over the course of our project we have had nest success rates ranging from 30-71%. This year our nest success rate was 48%. This rate is lower than the 71% that we saw in 2019, but the second highest rate in the last five years and one of the 5 highest rates observed since the project began.

Sage-grouse are interesting because they will often nest very close, within meters, of their nest site in a previous year, or close to where they just nested even if they lost that nest to a predator. This year, one of the hens that is tagged with a GPS transmitter did something different: Hen #913lost her first nest and tried her 2nd nest 12 miles away. She started incubating her first nest in mid-May, but it failed only 2 weeks later. She then moved 12 miles, as the grouse flies, which required her to cross a state highway and two county roads before creating a second nest in early June which was only 200m from where she had successfully hatched a nest in 2019! Those roads are huge obstacles for grouse; they rarely cross them. So, this was kind of a big deal for this hen.