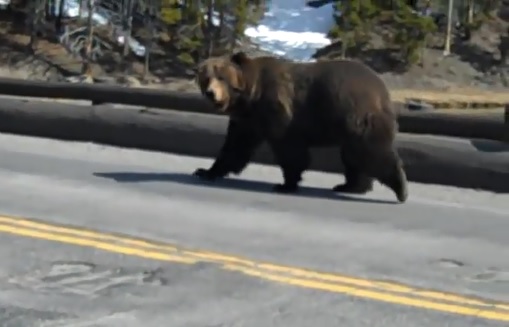 2 grizzly bears euthanized after conflicts in West Yellowstone
By angelamontana

Two grizzly bears have been euthanized after multiple conflicts in campsites and at residences near West Yellowstone.

Conflicts with the two subadult grizzlies — a male and a female — began in 2019. Montana Fish, Wildlife & Parks staff worked to haze the bears then, and at the time, the efforts to move them away from residential areas was thought to be successful.

Reports of problems with these bears started again on Aug. 5, and by the time the bears were last captured on Sept. 1, there were 15 reports of two bears being in campgrounds at night, inside porches and on steps, where they were able to access garbage and dog food.

FWP bear specialists set cameras and noise alarms at two sites where the bears gained access to garbage. When those hazing efforts were unsuccessful, the specialists set traps for the bears on Aug. 15, and both were captured a day later. FWP, the U.S. Fish & Wildlife Service (USFWS) and the U.S. Forest Service agreed to relocate and release the bears due to their young age and because this was their first time being captured. Both bears were fitted with ear tags and satellite collars.

The bears then returned to the area where the conflicts had occurred previously, and on Aug. 25, the problems resumed, including the bears getting into an occupied tent, as well as a storage compartment on an RV.

Due to the chronic conflicts and concerns for human safety, the bear were euthanized in consultation with the USFWS.

“When garbage and other attractants are left unsecured and available to bears, human safety becomes a huge concern, and bear mortalities are the unfortunate result.  This is why we ask people to be so careful with food, garbage, and similar items.  It really requires just a little effort,” said Mark Deleray, FWP’s regional supervisor in southwest Montana.

Grizzly bears in the lower-48 states are currently listed as threatened under the Endangered Species Act. Management authority for grizzlies rests with the USFWS, working closely with FWP, Wildlife Services, the Forest Service and Tribal governments. This collaboration happens through the Interagency Grizzly Bear Committee (IGBC).

Grizzly bear populations are becoming denser and more widespread in Montana, increasing the likelihood that residents and recreationists will encounter them in new places each year. Being prepared

for such encounters and keeping attractants secured is more important than ever, both to keep people and property safe and to cultivate healthy bear behavior.

Forest Service food storage orders require all unattended food, garbage and attractants to be stored in at least one of the following ways:

In addition to following food storage orders, hunters and other recreationists should take further precautions when in bear country: