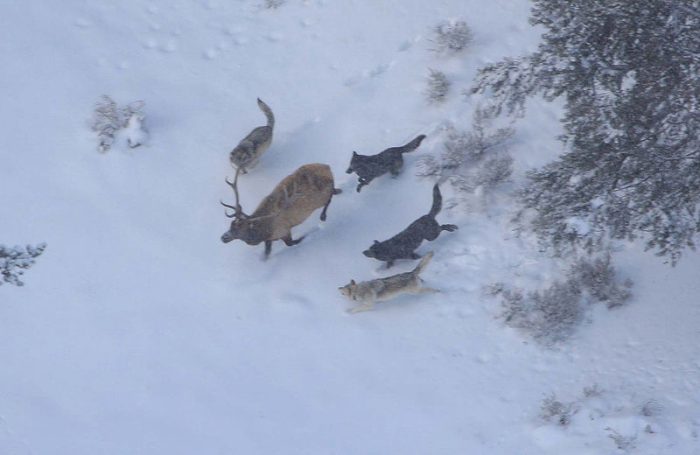 Belgrade, MT — With the 2020 Elk Hunting Season beginning in just two days, Outdoor Heritage Coalition (OHC), a Montana-based sportsmen group, today filed suit against Governor Steve Bullock, the Department of Fish, Wildlife and Parks, Fish & Wildlife Commission and their members for violating the Wolf Conservation and Management Plan (CMP) with the imposition of harvest quotas in Wolf Management Units 313 and 316.  The Bullock Administration’s illegal harvest quotas have caused an explosive growth of the wolf population throughout a significant portion of Montana – and a resulting devastation of elk herds. This lawsuit is the first one filed under the Montana Constitution’s Right to Hunt provision, which was enacted by the people of Montana to protect the rights of Montana hunters from policies enacted at the behest of out-of-state environmental extremists.

“The failure of Montana FWP and its Commission to manage wolves according to our state’s constitution, various state statues and its own Montana wolf management plan has been catastrophic,” said Kristopher Killorn, president of OHC. “Wildlife decisions need to be based on sound wildlife management principles—not protectionist ideology.”

The 2004 FWP-approved CMP plan is “based on principles of adaptive management” and in 2015, was codified as Mont. Ann. Code § 87-1-107, “Right to Harvest—Legislative Intent” per Article II, section 3 and Article IX, section 7 of the Montana Constitution.

The reintroduction of wolves into the WMUs in question has led one OHC member, William H. Hoppe, a fourth-generation outfitter and a fifth-generation Montanan living in Park County, to abandon areas where elk are

normally harvested, because of significantly reduced elk populations. Wolf harvest quotas in WMU 313 and 316 have decimated outfitting businesses like his because of the needless destruction of elk herds caused by the overpopulation of wolves.
About Outdoor Heritage Coalition