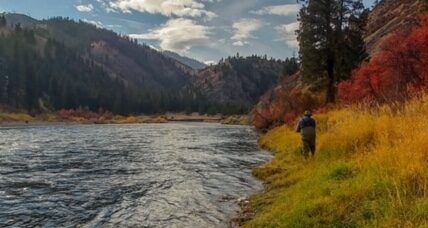 Conditions on the upper Salmon River were stable through most of the week until a weather system arrived to the area Saturday evening. Overnight precipitation resulted in increased river flows and reduced visibility in most areas by Sunday. Currently, the Salmon River is flowing at 1,200 cfs through the town of Salmon, ID which is 95 percent of average for today’s date. Additionally, river temperatures steadily declined throughout the week and were near 50°F by Sunday.