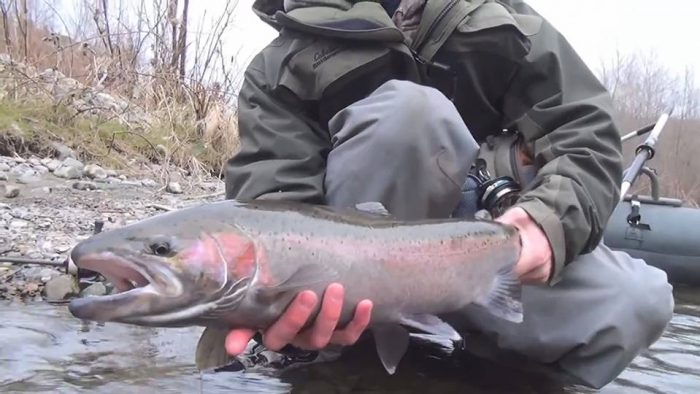 River conditions over the weekend changed quickly due to a cold front that moved into the area late Friday. By Sunday, the river had clear visibility in all areas, and water temperatures had dropped into the mid-30s. Currently, the Salmon River is flowing at 1,210 cfs through the town of Salmon, ID which is 92 percent of average for today’s date.