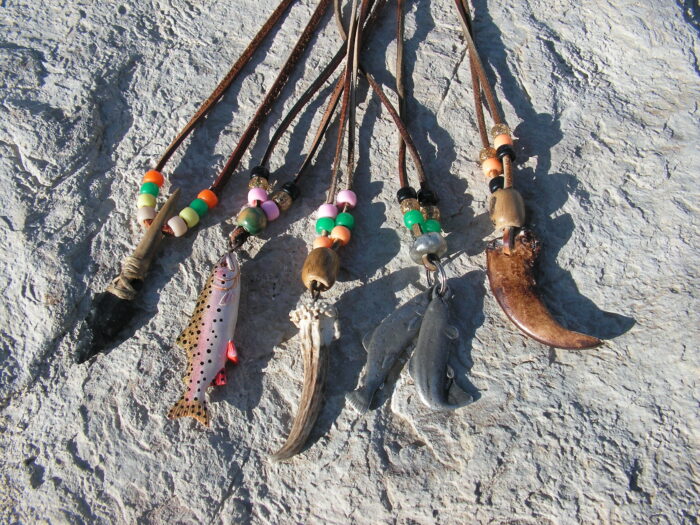 Many workplaces have a dress code. For men to get Dressed Up, we are supposed to wear a necktie! Not in Montana!

In Montana, we wear cowboy hats, boots, vests, and no TIES!!! As a teacher for nearly 40 years, I wore a tie. At first, it was a tie and sport coat! Really formal meant a 3-piece suit with a matching necktie. Oh, and Wingtip shoes. When folks saw us wearing a tie, they would say “nice tie” or “Ugly Tie”. Everyone looked like everyone else. The tie was the only place some variety was allowed.

After several years of wearing this uncomfortable, look like everyone else outfit, I changed. No more neckties. Instead, it was time for something that would tell a story and help me look different! I shoved my old tie collection into a sack and put it the bottom drawer. 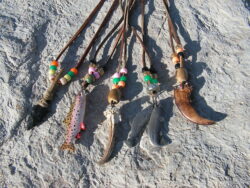 Who invented neckties anyway? It must have been a woman. That way they could collar and leash up their man and have something to lead them around by. Maybe it was just a Control Freak fashion designer or some Boss that demanded a uniform. Of course, their suit was always the most expensive ones while the peons had to wear their Sears or Montgomery Ward cheapo specials.

Real men don’t wear necklaces. Instead we call them Mojos, String ties, or Neck Art. When I began to wear neck art, Mojos, and other homemade neck gear, the questions led to a story. Perfect for a teacher. If  someone really complains, I put on an Old School Wyatt Earp string tie, for that vintage western look. All my Mojos are on a string made of rawhide. Real men don’t need gold or silver necklaces. Something primitive and durable rather than pretty.

My first Mojo was one I bought at Yellowstone Park. It was a corded string tie Arrowhead with the National Park logo on it. Later I added a cool rock, antler, bullet, fish, tooth, ivory, and later a real arrowhead. This one is my favorite. It is the actual arrowhead that I knapped. It was on a turkey feather fletched arrow that I also made and shot through a buck from a bow I also made from Osage Orange wood. Now that’s a great story!

And now we must wear Facemasks!!??

For more Montana Grant, find him wearing Mojos at www.montanagrantfishing.com.