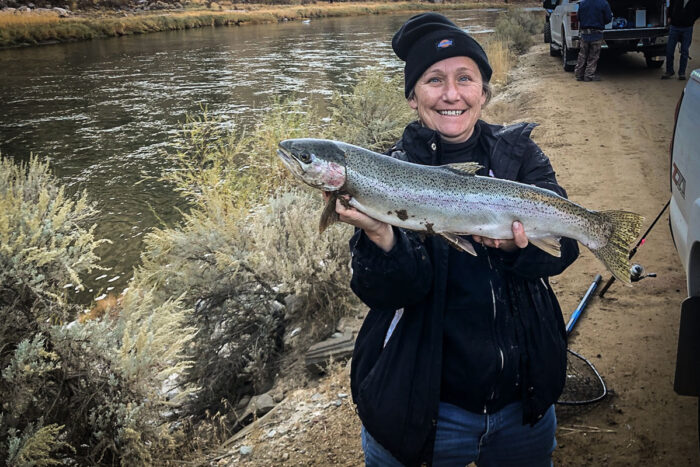 River conditions were good throughout the week, with clear visibility in all areas. Due to warmer weather, river temperatures slowly increased and were back into the low 40s by Sunday. Currently, the Salmon River is flowing at 1,230 cfs through the town of Salmon, ID which is 92 percent of average for today’s date.

With angler effort continuing to increase, we would like to remind anglers to lookout for floy tagged steelhead. The University of Idaho, in cooperation with IDFG, is in the second year of a multiyear study to look at the influence of catch and release angling on wild steelhead. Anglers that catch a floy tagged steelhead are encouraged to remove the tag by clipping it off at the base, and then report the tag number and catch location to IDFG by using either the phone number printed on the tag or by going to the “Tag You’re It” website at: www.tag.idaho.gov. For additional information regarding this study, anglers can visit the IDFG website at: https://idfg.idaho.gov/blog/2020/10/report-tagged-steelhead-second-year-graduate-study-underway.