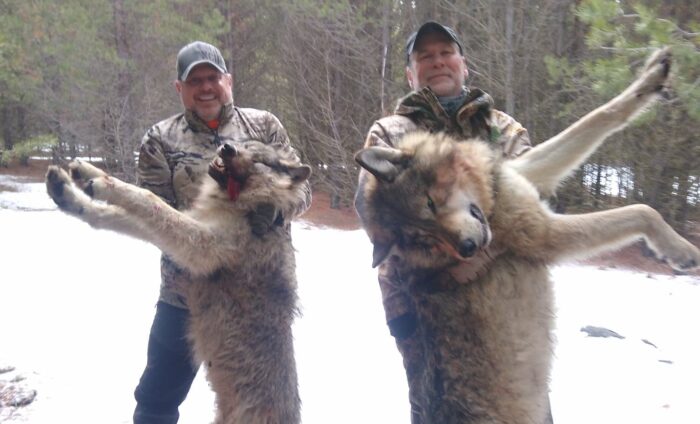 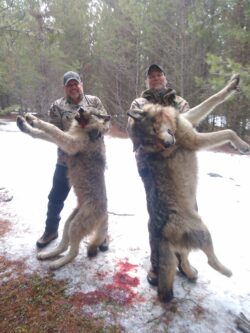 Jeremy and Tim, both from Colorado, booked a trapline adventure trip with Cody Carr’s Hunting Adventures after spending a combined 300 hours on two separate hunts in Canada, hunting over bait, unsuccessfully, without even seeing a wolf.   They said that during one hunt, it was 40 below zero and was the definition of “miserable” conditions.

The two have been on a trapline with Dan Helterline for three days, and the trio is having a “grand time”.  Here’s what Helterline said about this trapping adventure:

I think they will leave as happy campers. We pulled up to the spot where we caught the wolves and didn’t see the second one for a few minutes, then the excitement was over the top. First time I’ve caught a double with two hunters!

Now, THAT is what I call AWESOME. 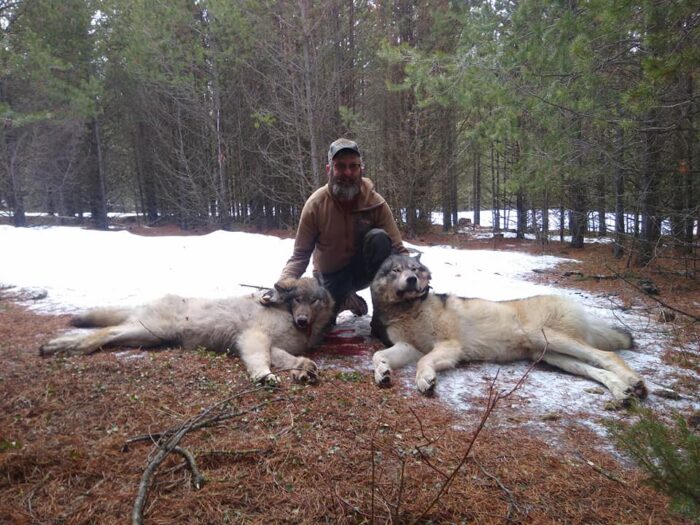