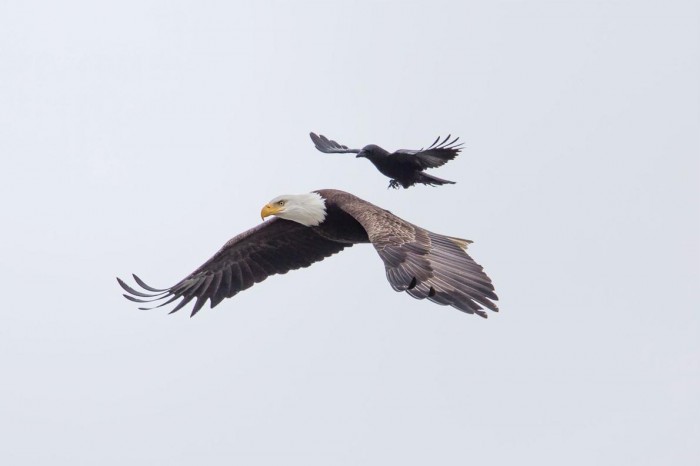 Today, the U.S. Fish and Wildlife Service (Service) is publishing a final regulation that defines the scope of the Migratory Bird Treaty Act (MBTA).

Consistent with the text, purpose and history of the MBTA, the final regulation clarifies that conduct resulting in unintentional (incidental) injury or death of migratory birds is not prohibited under the MBTA. This rule provides regulatory certainty to the public, industries, states, tribes and other stakeholders about implementation of the MBTA and best practices for conservation.

“This rule simply reaffirms the original meaning and intent of the Migratory Bird Treaty Act by making it clear that the U.S. Fish and Wildlife Service will not prosecute landowners, industry and other individuals for accidentally killing a migratory bird. This opinion has been adopted by several courts, including the U.S. Court of Appeals for the Fifth Circuit,” said U.S. Secretary of the Interior David L. Bernhardt.

“The Trump administration is committed to using science and the law as the foundation of our decisions at the Service,” said Aurelia Skipwith, Director of the U.S. Fish and Wildlife Service. “Employing an open and transparent public process to finalize today’s action emphasizes our dedication to conservation of migratory birds and to providing regulatory certainty.”

This final rule codifies the 2017 Department of the Interior Solicitor’s Office Opinion M-37050 to provide a uniform approach that incidental take of birds resulting from an activity is not prohibited when the underlying purpose of that activity is not to take birds. This is consistent with the interpretation of several federal courts, including a 2015 ruling by the Fifth Circuit Court of Appeals.

This final decision was informed by an open and transparent public engagement process that the Service managed throughout the development of the rulemaking process. Three separate 45-day periods were held for the public to address the rulemaking and submit comments. The public scoping process included six webinars, which were open to any members of the public, including members of federal and state agencies, tribes, non-government organizations, private industries and American citizens.

The Endangered Species Act and the Bald and Golden Eagle Protection Act, as well as state laws and regulations, are not affected by the Solicitor’s Opinion M-37050 or the final regulation.

This final rule will be effective 30 days after publication in the Federal Register.

All the documents related to the rulemaking process and further information is available at https://www.fws.gov/regulations/mbta/.