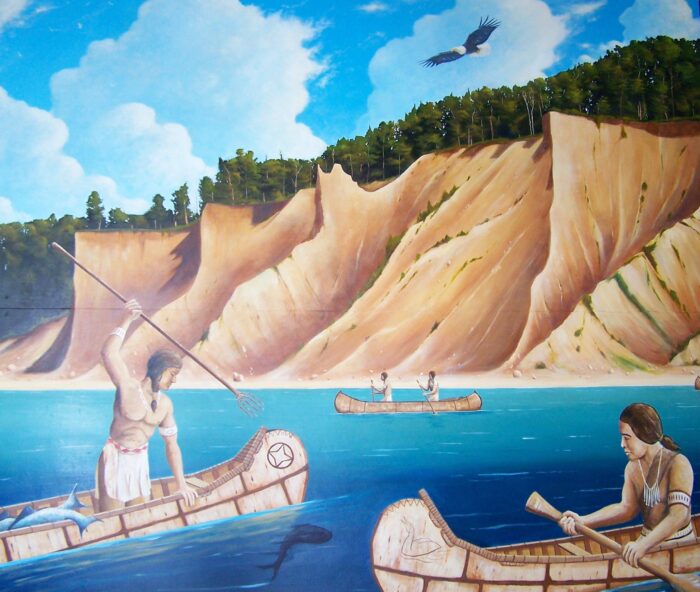 Recent research around Yellowstone Lake has identified the first fishermen to the park. Native Americans were using the park for over 3,000 years before the first RV pulled in. Fishhooks, obsidian points, and other artifacts show where they camped, lived, and fished. 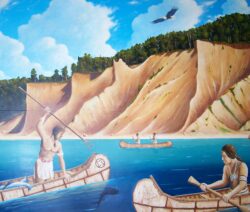 The Yellowstone River was known to them as Elk River. The Crows, Shoshones, Blackfeet, Nez Perce, Flathead, Bannock, and other tribes migrated seasonally into the Park area for its vast resources. Lodge poles, Buffalo, Elk, obsidian, and other natural resources so famous to the park area.

Natives called this area “the place of hot water”, “Land of Vapors”, “many smokes”, and land of the burning ground”. Ancient campfire charcoals show when they cooked fish over their fires. Some fireplaces were tested to be over 6,000 years old.

Native peoples were not afraid of the geothermal features. They took advantage of them. Sweat houses were often built next to them. They used hot springs to heat and shape bone and horn to fabricate bows. Soaking in the hot springs was for ritual and hygiene. Fish and meat were also boiled in the natural hot springs.

Yellowstone Park began in 1872 thanks to President Grant. 2.2 million acres were designated to become the park. Indians like the Crows and Sheepeaters, a branch of the Shoshone tribes, were still living in the park. The park was preserved to save its unique natural features. Indians were not considered in the original plans. Ironically, the eastern half of the park was assigned to be the Crow Reservation. These 30 million acres extended along the entire southern area of Montana. When politicians discovered what they did, the map quickly changed. Crows now live in the southwest corner of the state.

The abundance of Cutthroat trout and whitefish were important to wildlife and native fishermen. When the Cutties would spawn, they were easily speared, netted, or caught in woven willow fish traps. Willow cane poles strung with fine animal sinews and bone, stone, or wire hooks, baited with hoppers, insects, or worms were great fish catching tools. Usually, women and children oversaw the fishing. Older men also enjoyed casting their poles and catching the abundant trout.

Fish would be smoked and saved for later. They also would boil the fish and put it into soups and stews. Dried fish jerky was common. The dried fish was also pounded and formed into Pemmican cakes for later meals. If the tribes had dogs, fish were fed to them as well.

Imagine if you could go back in time and fish these abundant waters.

For more Montana Grant catch him fishing at www.montanagrantfishing.com.