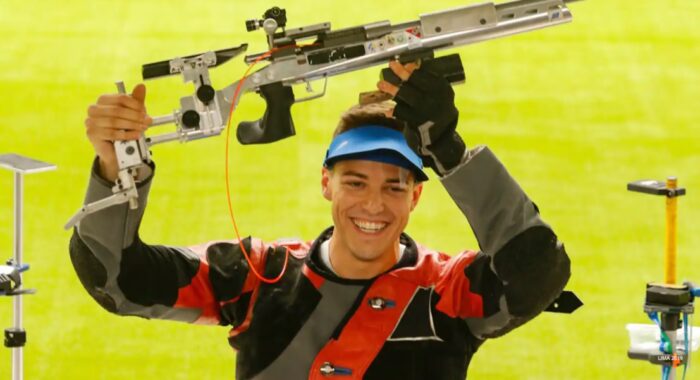 In shooting news, TeamUSA.org posted an article stating that the US Men’s Air Rifle Team won a gold medal in New Dehli, India.

After winning an individual gold medal Saturday in 10-meter air rifle, Lucas Kozeniesky added another one Sunday in the team event alongside Will Shaner and Tim Sherry at the world cup in New Delhi, India.

The U.S. men were second in the first round of qualifying and tops in the second, setting up a match with the hosts for the gold medal. They ended up taking the title 16-14, with South Korea winning the bronze medal over Iran. While Kozeniesky, 25, adds to his medal haul, it’s the first career world cup medal for Shaner, 19, and Sherry, 26.

CLICK HERE to read the full article by Todd Kortemeier.