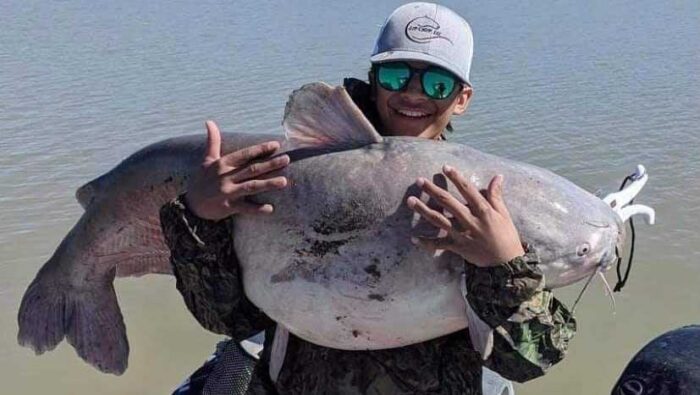 Potential state record caught and released by teen
By angelamontana

While we’re on the topic of state record fish in Montana (click here), check out this catch from a teenager in New Mexico.

KOAT, out of Albuquerque, reported that Ordaz caught the monster catfish while fishing on  a lake in Elephant Butte.

Ordaz was fishing with his father and nine year-old brother when he caught it, and they weighed it the scale they had in their boat before releasing it.  Because he didn’t get the official weight of the fish on a state scale before releasing it, unfortunately, it doesn’t count as a record breaker.

However, it would have broken the state’s previous record of 54 pounds, 4 ounces if they would have weighed the behemoth  on a certified scale.