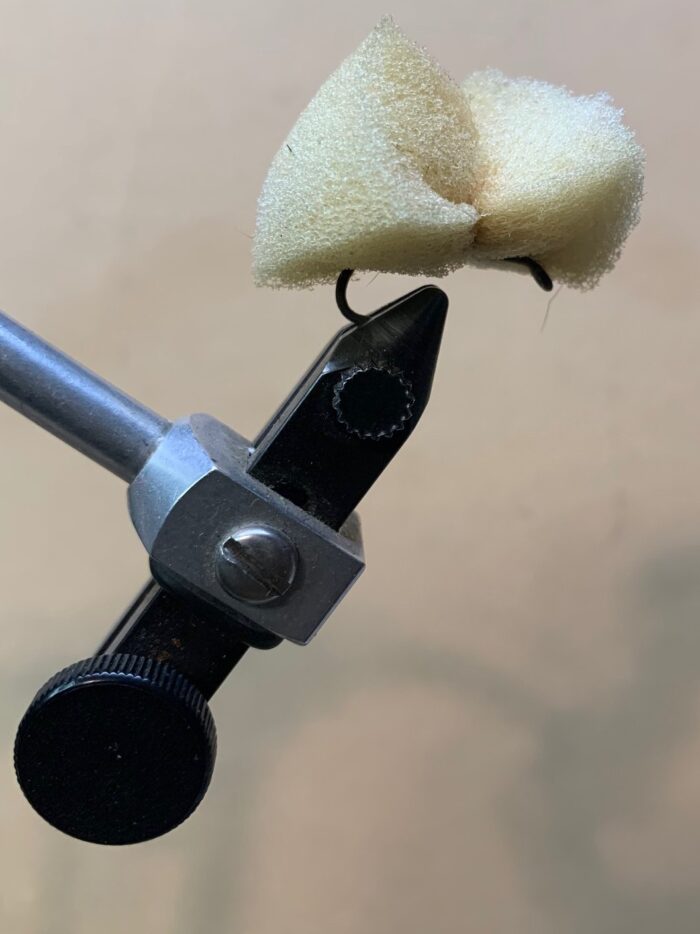 Sometimes the best flies are Super Imaginative! They may only work once in a while, or on certain waters but… These creative Superfly inventions can be truly SUPER! Enjoy being Super Creative!

I was once fishing below the Boiling Springs lake, in Pennsylvania. The lakes’ outflow went into the Yellow Breeches Creek. This outflow, and the river, were Catch and Release only. The Pennsylvania Fish Commission stocked this area with an abundance of trout. The local club know as the Yellow Breeches Anglers did the same. This spot was full of trout, many BIG!

Just above a small walking bridge lived several monster trout. I mean 25 inches and up. Everyone beat the water to a froth trying to hook up with these beauties. I was one of those frustrated anglers.

On one day, a family of Amish folks stopped by to watch the action. One of the kids pulled out a loaf of bread and started to toss the chunks into the water. OMG! The pig pool came alive with boiling Monster Trout! Once the bread was done, the pool went back to sleep.

So, how do you match a Bread Hatch? As I stuck another useless fly onto my fly patch, attached to my vest, I noticed that my homemade fly patch was a square of foam. MMMM? I tore off a small piece of the foam and attached it to my hook with a small piece of copper wire. 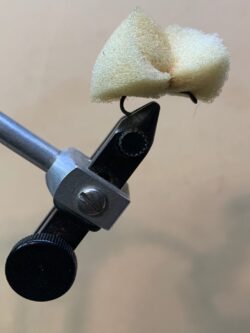 After my first cast, I knew I had just invented a Superfly! The foam fly floated just like the Amish Bread. A HUGE Rainbow slurped it in, and the fight was on. After a great fight, I netted a 30 incher. This went on for another hour. I hooked up on every Pig in the Pool and several smaller ones. The other anglers watched in disbelief as the Amish Bread Bug earned it’s Superfly reputation.

Oh, and no fish were injured during this frenzy. All were carefully and ethically released.

This fly has also worked well several other times. It is not always a Superfly, but when it works, you will wear out your net!

For more Montana Grant, find him loafing at www.montanagrantfishing.com.