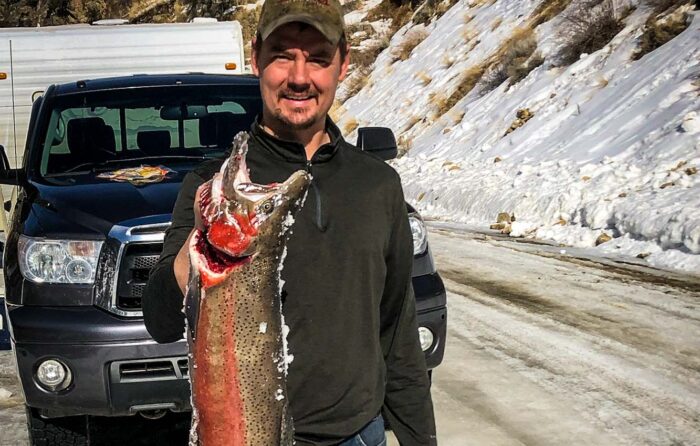 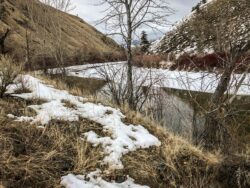 The Deadwater ice jam broke free on Saturday, March 6th, and following the breakup of the ice jam, we expect the river to remain turbid in the areas downstream of Deadwater for a few days before beginning to improve. As of Sunday, March 7th the river had cloudy visibility in all areas downstream of the East Fork Salmon River, and water temperatures ranged between the upper 30s and low 40s. Currently, the Salmon River is flowing at 1,070 cfs through the town of Salmon, ID which is 98% of average for today’s date.

We would like to ask that anglers continue to be on the lookout for floy tagged steelhead. The University of Idaho, in cooperation with IDFG, is in the second year of a multiyear study to look at the influence of catch and release angling on wild steelhead. Anglers that catch a floy tagged steelhead are encouraged to remove the tag by clipping it off at the base, and then report the tag number and catch location to IDFG by using either the phone number printed on the tag or by going to the “Tag You’re It” website at: www.tag.idaho.gov.