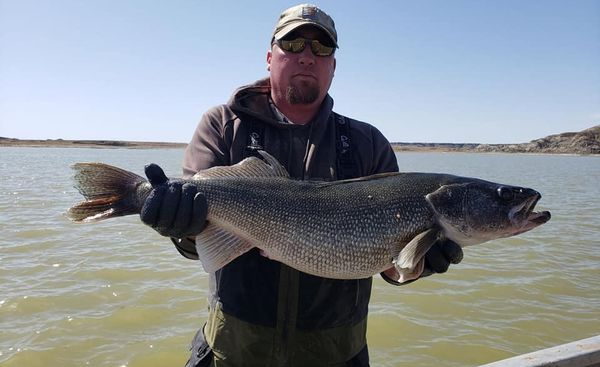 We’ve continued to stay busy with the walleye trap netting and egg-taking operation on Fort Peck Reservoir. For the most part, the weather has cooperated and water surface temperatures are averaging in the upper 40’s to low 50’s throughout our trap netting locations. These water temperatures have allowed us to get our hands on some very nice-sized walleye that are still in spawning mode.

We’re continuing to capture good number of male and female walleye, but the spawning condition of females seems to have shifted slightly to fewer greens and more ripes.
We captured 56 green and 37 female walleye on Wednesday. Today (Saturday), we collected 49 green and 60 ripe female walleye. The high number of ripe female walleye from the trap nets, along with those that ripened in the holding pens, have allowed us to hold three more egg-takes since the last update:
This should give us a roughly 35 million eggs for the season which is very encouraging this early on in our efforts. However, the weather forecast doesn’t look very promising, as over the next several days a cold front will be moving into the area with gusty winds… It will be interesting to see how cold things will get and if it will negatively influence the walleye spawning activity. 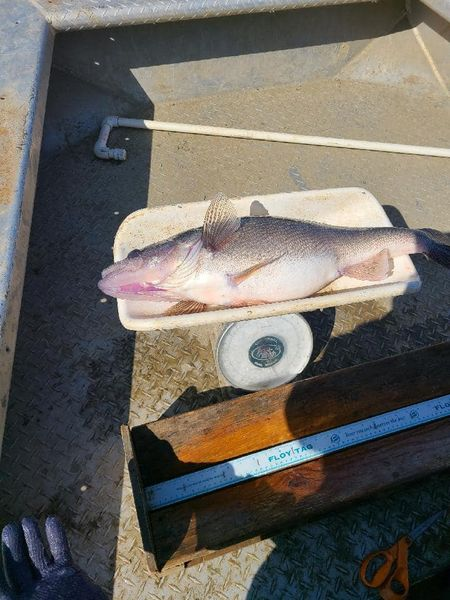 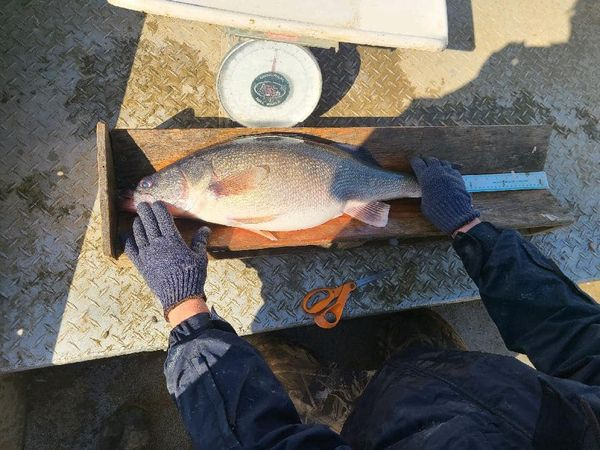 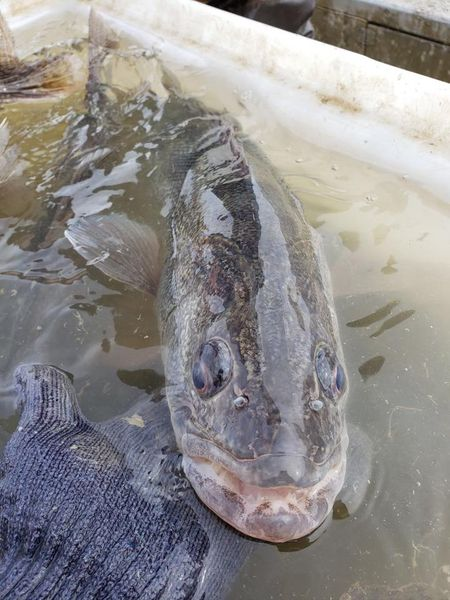 Transporting a tank full of walleye to the holding pens and barges.