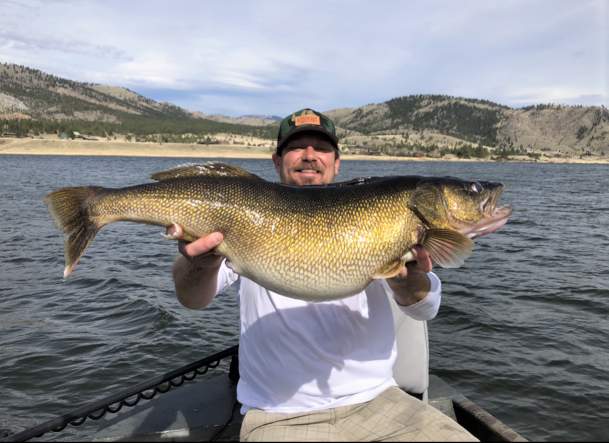 From Montana FWP Region 4
Montana anglers have landed six new state record fish since last August. On May 10, Trevor Johnson of Helena added a seventh whopper to that list when he reeled in a nearly 3-foot-long walleye from Holter Lake near Helena. Johnson’s fish weighed in at 18.02 pounds on a certified scale, measured 32.25 inches in length, and 22 inches in girth. He caught the record-setting fish on a jig.
The previous state walleye record was set in 2007 with a 17.75-pound fish from Tiber Reservoir.
Other recent state record fish include a chinook salmon caught last August, a smallmouth bass in October, a yellow bullhead in December, a brown trout in February, a longnose sucker in March, and a largemouth bass in April.
With a total of 91 native and introduced fish species found in Montana, interest in fish records has increased in recent years. Montana Fish, Wildlife & Parks maintains the list of record fish, and it is available on FWP’s website at https://fwp.mt.gov/fish/anglingData/records
Anglers who think they caught a state record fish should keep the following things in mind:
· To prevent loss of weight, do not clean or freeze the fish. Keep the fish cool — preferably on ice.
· Take a picture of the fish.
· The fish must be weighed on a certified scale (found in grocery stores or hardware stores, etc.) and witnessed by a store employee or other observer. Obtain a weight receipt and an affidavit from the store personnel if no FWP official is present. Measure the length and girth. · Contact the nearest FWP office to have the fish positively identified by a fisheries biologist
. 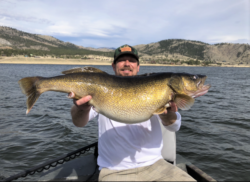