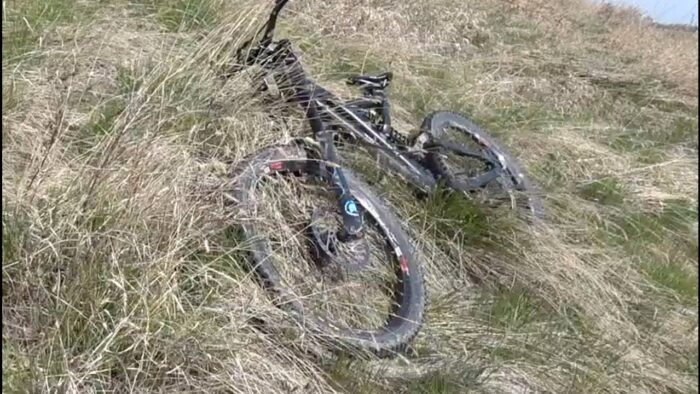 Warmer weather means that the snakes are coming out of their dens. During the day, they lay out in the sun to stay warm and attract kids on bikes!

Last week 2, 14-year-old boys were riding their bikes near Letheridge, Canada. This community is south of Calgary, and north of Montana. Raiden Peter and his Buddy were looking for new jumps, bumps, and thumps to challenge their biking skills.

As they bushwhacked through the fields, they suddenly realized that they had driven into a huge Rattlesnake Den! The Prairie Rattlers seemed to be everywhere. The boys dismounted, and threw their bikes at the snake pit, so the snakes would bite at the bikes and not them. Typical way of thinking for a kid.

When the boys told their story and why they were bike less, the town called in the local Rattlesnake Wrangler, Ryan Diver. He arrived on the scene and waded into the mass of snakes wearing his snake proof boots and pants. “I have never been bitten by a rattler, but I lost the color in my one eye when venom squirted into it!” Prairie rattlers are protected as a “Vulnerable Species”, in Canada, so Ryan simply used his snake catching stick to move the serpents aside and retrieve the bikes!

I guess the boys will be more careful when they travel Rattlesnake Road!