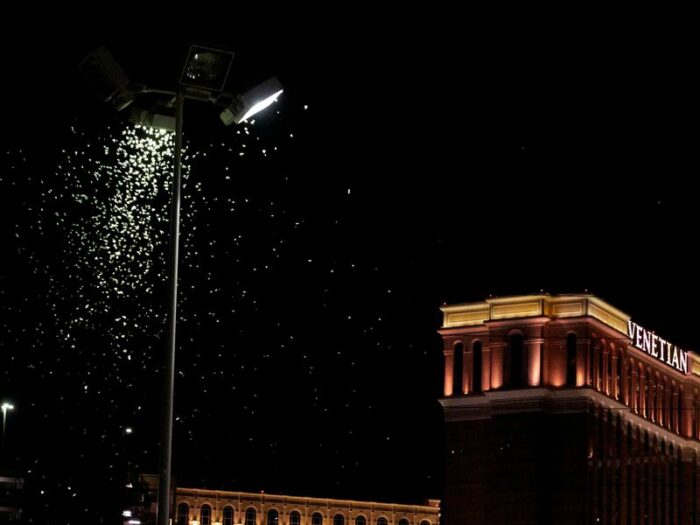 Did you hear about the time when Las Vegas had more grasshoppers than people gambling?  And this was before Covid really hit the US.

One night in the summer of 2019, some 46 million grasshoppers hit the Las Vegas Strip. That total was the peak of a mass insect invasion that besieged the glitzy Nevada city for weeks. A new study used weather radar to estimate the swarm’s size and suggests the bugs were summoned by the city’s famously over-the-top illumination, reports Joshua Sokol for the New York Times.

Alex Fox with The Smithsonian went on to report, “The paper is one of the first to show that the glow of a whole city can act as a siren song for insects from far and wide. Light pollution has been shown to negatively impact many species of nocturnal insects and can also disorient birds and even fish.”

So, when you’re trying to minimize your insect population, remember that your fancy lights act as invitations to some insects.