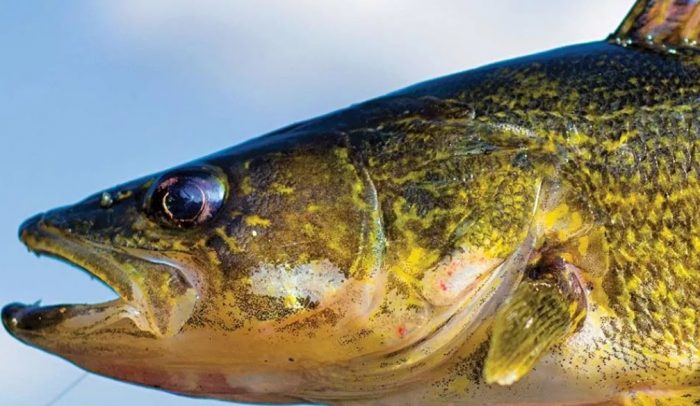 Anglers are reminded that live fish cannot be used as bait on the Missouri River from the confluence of the Madison and Jefferson Rivers, downstream to Morony Dam, which includes Canyon Ferry, Hauser and Holter Reservoirs.

Canyon Ferry: The walleye bite continues to be good around the river mouth and Pond 4, Pond 1 and Confederate.  Most anglers are using green or orange spinner blades with a bottom bouncer and worm harness.  There are spotty reports of perch being picked up while using walleye rigs.  Shore angling is slow with an occasional walleye in Beaver Creek Bay near White Earth and around the Silos.  A few rainbows are being caught while trolling cowbells or silver spoons from White Earth to Hole in the Wall or around Confederate.  An occasional rainbow is being caught from shore at the Outhouse and Shannon. As a reminder the new walleye regulation is 10 daily, 1 over 15 inches; possession is twice the daily limit.  Troy Humphrey, FWP, Helena

Hauser:. A few rainbows are being picked up early in the morning or late in the evening while trolling cowbells and wedding ring combos between the Dam and York Bridge. Most anglers are using lead core line and have at least 3 or 4 colors out while trolling. Most walleyes are being picked up in the Causeway arm and in the White Sandy and Black Sandy area. Successful anglers have been pitching jigs/vertical jigging near points in 25 feet of water or less. Green or orange jigs tipped with leeches are working well. Shore anglers are picking up a few walleye and trout from the Causeway Bridge while using floating jigs and leeches/crawlers..  As a reminder the new walleye regulation is 10 daily, 1 over 15 inches; possession is twice the daily limit.  Chris Hurley, FWP, Helena

Holter: Some nice rainbows continue to be picked up early in the morning on the lower end of the reservoir. Trolling cowbells and wedding rings tipped with crawlers at least 20 feet down in the water column has been working well. some anglers are still catching an occasional rainbow during the late evening hours while using crawlers on a floating jig from shore. Some anglers are finding some nice trout while fly fishing from a float tube near the Gates of the Mountains. A few perch and walleye continue to be picked up. Most are being caught while vertical jigging in the Canyon near the Gates of the Mountains and near Cottonwood Creek and other points or weed beds in the middle and lower sections of the reservoir. Perch or green colored jigs tipped with leeches or crawlers have been working well for perch and walleye.  Chris Hurley, FWP, Helena