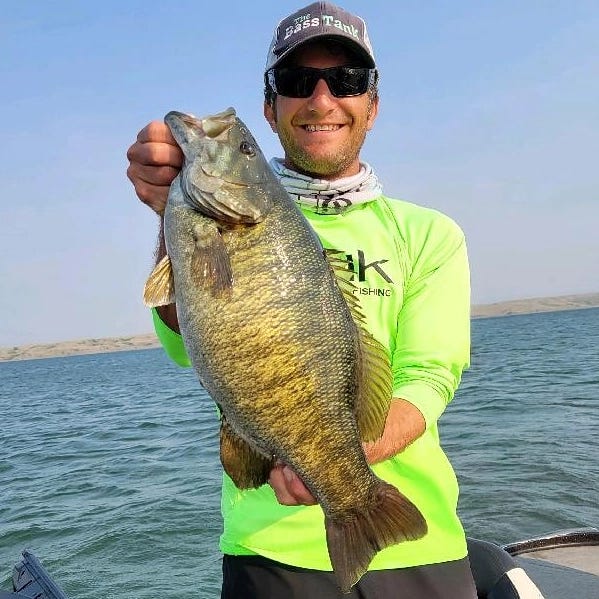 There is a new smallmouth bass record in South Dakota! 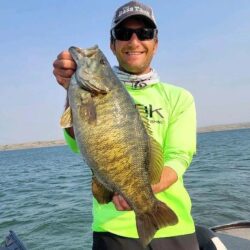 Troy Diede was practicing for a bass tournament Thursday, July 15 on sprawling 370,000-acre Lake Oahe, located south of Bismarck. The 36-year old angler was only fishing for 20 minutes when he hooked a monster bass, a 6.39-pound smallmouth, reports the Sioux Falls Argus Leader newspaper. At the time it was the heaviest bronzeback Diede had ever landed, and was only a pound shy of the current South Dakota state-record smallmouth.

“That could be the biggest smallmouth you’ll catch in your entire life,” Diede’s fishing pals told him.

But that 6-pound bass was only a tune-up for what was to follow for Diede on Friday, July 16.