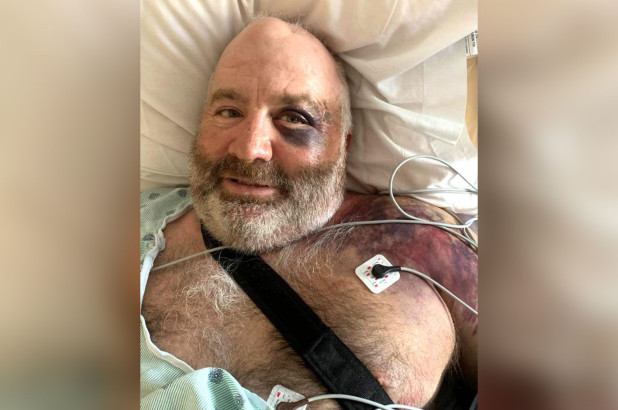 Rancher pinned under ATV for two days survived on water, beer
By angelamontana

A Wyoming rancher was pinned under an ATV for two days after a rollover crash — and survived the ordeal by drinking bottled water and beer.

Frank Reynolds, 53, was rounding up livestock on a neighbor’s pasture when his vehicle tipped over on top of him Sunday, dislocating his shoulder and breaking his ribs, according to the Gillette News Record.

“It was scary as hell is what it was,” Reynolds told the newspaper from his hospital bed Wednesday.

(Feature photo via the Reynolds Family)