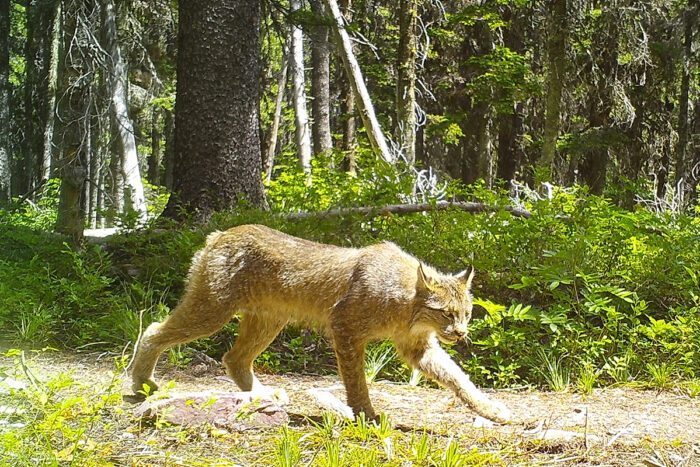 In the northernmost reaches of Montana lives a rare and elusive creature: the Canada lynx. Ranging throughout Canada, Alaska and parts of the Northern Rockies, the lynx’s nickname, “Shadow of the Forest,” attests to the feline’s mysterious habits.

But the Crown of the Continent’s retreating glaciers could spell disaster for the lynx population and its ecosystem. According to the U.S. Fish and Wildlife Service, Glacier National Park makes up a significant portion of the critical habitat for Canada lynx in Montana.

In 2000, the species was listed as threatened under the Endangered Species Act, and climate predictions show that lynx habitat will shrink substantially by the end of the century.

The Northern Rockies region is considered to have the best chance of population persistence in the U.S. Currently, few population estimates on the North American lynx exist, but scientists at Washington State University and Glacier National Park seek to fill the knowledge gap and shed light on the feline’s conservation status.

In the third and final year of conducting the Canada Lynx Occupancy in Glacier National Park study, Alissa Anderson, John Waller and Dan Thornton are surveying the carnivore with the hopes of providing population data to address environmental and conservation concerns.

Read more from Skye Lucas with the Flathead Beacon here.