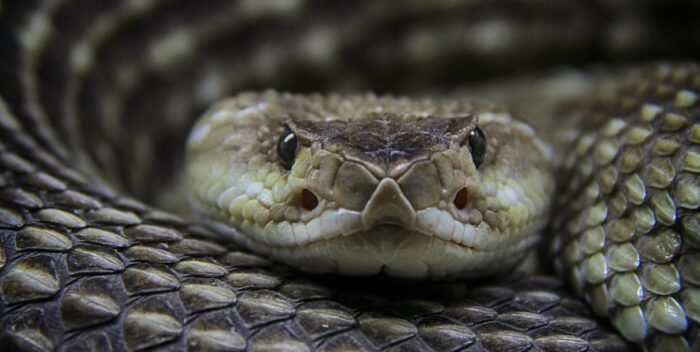 If you are seeing more snakes along our roads and trails, don’t be surprised. The warm, dry, and harsh weather conditions are perfect conditions for reptiles. Rattlesnakes prefer hotter and drier conditions. Climate Change is changing our ecosystems.

An average Rattlesnake needs 500-600 calories a year to survive. That is just one chubby ground squirrel, bird, or other prey food sources. These prey critters become more active at night when it is cooler. This is when snakes have the advantage.

I have also noticed a bunch of water snakes feeding on small fish. More snakes are on the prowl. One of my friends was building a rock fireplace and was surprised by several rattlers coiled up underneath. 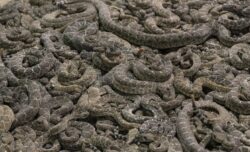 Usually, the snakes fear us as much as we fear them. Snakes are not on top of most people’s favorite wild creatures. It is best to be aware and stay clear of them. One fishing guide I was talking with was bragging about how he was going to shoot every snake he sees. His new semi-auto 9mm, was loaded with plastic capped snake loads. A few weeks later I asked how many snakes he had whacked. He said his ammo would not cycle through his pistol. The plastic caps jammed the moving action. The snakes he tried to shoot escaped before he could clear the pistol.

A vet that I talked with said pets are encountering more rattlesnakes. She recommended that owners have their pets get a snake shot ahead of time.

Some pet owners have either lost their snakes or released their snakes into the wild. Apparently, a spitting cobra is on the loose in the Carolinas, the Everglades is stacked full of pythons and lizards, and other odd critters are showing up further north than ever before.