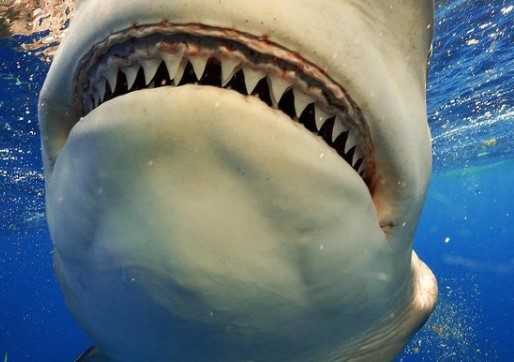 Two Bull Sharks Swam Up the Mississippi River All the Way to St. Louis
By angelamontana

Bull sharks are coastal creatures, but at least two of the animals were able to make it as far inland as St. Louis by swimming up the Mississippi River, according to a team of researchers who looked at the shark’s fossil record and reported sightings over the years.

The research duo—Ryan Shell, a paleontologist at the Cincinnati Museum Center and Nicholas Gardner, a librarian at WVU Potomac State College with degrees in ecology and evolutionary biology—scrutinized hundreds of reports of sharks in the Mississippi River and compared those historical records with archaeological and paleontological evidence for bull sharks moving in those waterways in the distant past. Their results were published in the journal Marine & Fishery Sciences.

“I believe Ryan mentioned something like ‘hey, bull sharks can go up the Mississippi,’ and my first thought was, ‘bull****,’” Gardner wrote in an email.

Read the full article by Isaac Schultz at gizmodo.com HERE.