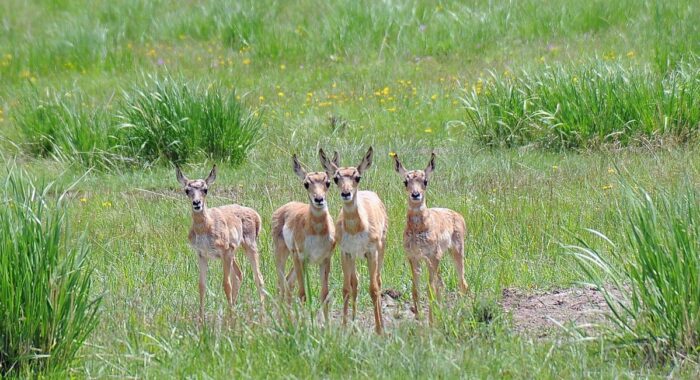 Montana Fish, Wildlife & Parks biologists are seeing a decline in pronghorn fawns in eastern Montana this summer. Blame could fall on this year’s drought as it dried up food sources as well as hiding cover for the young animals. Pronghorn does went into the spring birthing season in reasonably good shape after a mild winter. But during counts this summer, some areas of the state have seen declines of up to 40%. The drought could also affect hunters this season since animals may not be in areas they occupied in the past, biologists noted. To learn more, check out my story at https://billingsgazette.com/outdoors/pronghorn-fawn-survival-plummets-amid-record-summer-drought/article_7d34ce1f-d555-5893-b1c3-c9f3994b52b4.html

(Written by Brett French | Outdoors Editor for the Billings Gazette)