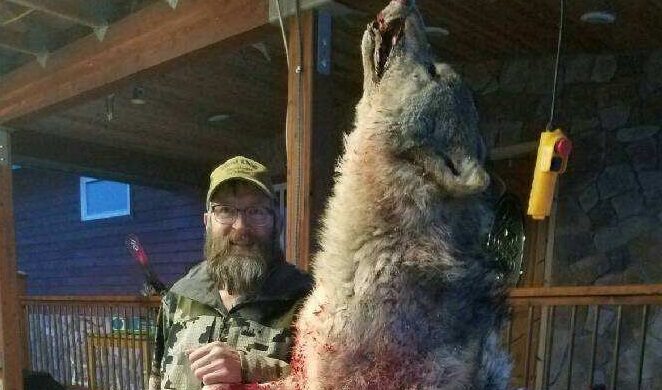 Do you consider the following good news for Montana?

The split decision met approval in a 3-2 vote that allows for a statewide harvest quota of 450 wolves, a figure that represents nearly 40% of the state’s current population of wolves, according to data compiled by Montana Fish, Wildlife and Parks (FWP). During last year’s wolf hunting season, hunters killed a record 330 wolves, and the new rules are designed to increase those harvests, per a legislative directive that propelled Montana’s wolf management policies into the global spotlight.

The commission received thousands of comments from organizations and individuals opposed to wolf hunts, and whose litany of concerns included the unanticipated bycatch of domestic dogs as well as endangered species such as grizzly bears and Canada lynx.

In addition to expanding the statewide quota, the commission also set individual harvest quotas for each of Montana’s hunting and fishing management regions, allowing FWP to monitor the quotas and shut down regional hunts if and when the thresholds are reached.

Read the full article by Tristan Scott with the Flathead Beacon HERE.