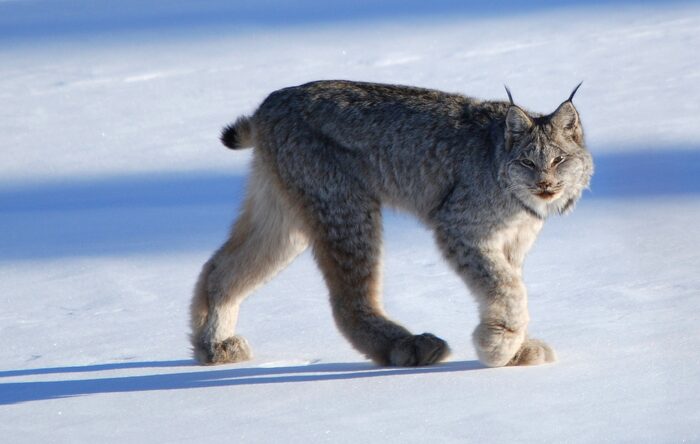 Endangered and Threatened species in Montana
By angelamontana

Did you know that Montana has a few endangered species, according to Montana Fish, Wildlife and Parks?

29 years after listing, this two-pound weasel remains the rarest mammal in North America. Introduced diseases and a century of prairie dog control have brought it to the brink of extinction. With the death of the last of nine captive ferrets at Patuxent Wildlife Research Center in 1978, most people feared the species had become extinct.

The pallid sturgeon is the larger of two sturgeons historically found in the upper Missouri River. The other is the more common shovelnose sturgeon. The pallid sturgeon was not recognized as a species until 1905 and that classification is still being debated. Three genetic studies conducted to assess the relationship of the two species have been inconclusive.

The Kootenai River white sturgeon was listed as endangered in 1994. This population had been declining for at least forty years and natural reproduction has been insignificant since 1974. Kootenai sturgeon began declining in the 1950s and 1960s as water quality deteriorated due to pollution.

The world whooping crane population now stands at 319, the highest level of the century. Last summer 47 pairs nested in and around Wood Buffalo National Park in the Northwest Territories and adjacent Alberta. This population of 190 whoopers-the only self-sustaining, wild population-winters at Aransas National Wildlife Refuge on the Texas coast.

Here is a list of our state’s “threatened” species:

Bull trout are found in the Clark Fork and Flathead drainages of western Montana, and their slowly declining trend has led to their designation as a threatened species. Bull trout are a sensitive species that do not tolerate high sediment levels in their spawning streams. Sediment can suffocate the developing embryos before they hatch.

In early 2000, the U.S. Fish & Wildlife Service listed the Canada lynx as “threatened” under the federal Endangered Species Act. The listing covers 16 states, including Montana. As a federally threatened species, taking a lynx by trapping or shooting is prohibited.

Currently, south of Canada, there are 5 grizzly bear subpopulations in Wyoming, Washington, Idaho, and Montana. Grizzlies are difficult to survey, yet it is generally agreed there are more than 500 in the northwest Montana Rockies, about 600 in and around Yellowstone National Park, about 50 in the Selkirk Mountains of northern Idaho and northeastern Washington, and 30 to 40 in the Cabinet-Yaak area of northern Idaho and western Montana.

The piping plover, a two-ounce shorebird of open beaches, alkali flats, and sandy areas, breeds along the Atlantic coast from southern Canada to North Carolina; along major rivers and wetlands in the northern Great Plains from southern Saskatchewan and Manitoba through Nebraska; and along portions of the western Great Lakes.

For more information on Montana’s species of interest, click here.