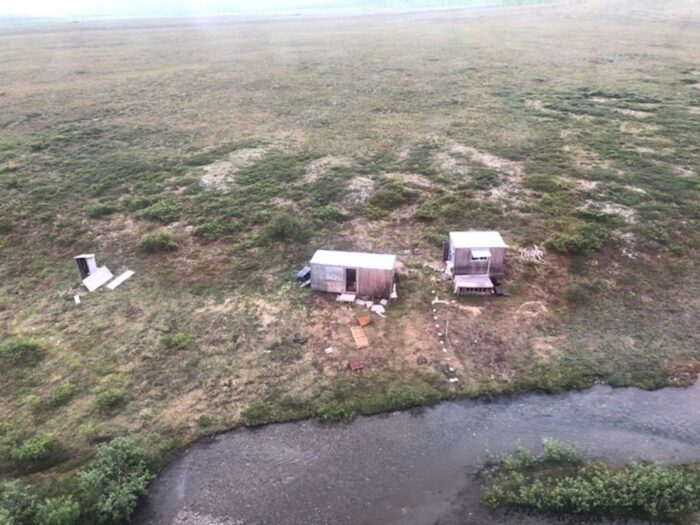 We have our shares of grizzly bear attacks in Montana, and the same thing happens in Alaska.  A miner at a camp near Nome was harassed by a grizzly bear for a week before being rescued by a Coast Guard helicopter crew randomly passing by.

A grizzly bear terrorized a lone miner in a remote camp near Nome, Alaska for days. Injured, exhausted from sleep deprivation, and low on pistol ammo, he was able to signal a passing Coast Guard helicopter for rescue, the New York Times reported.

The unidentified man had no phone nor other means of communicating for help. He hand-fashioned signs on the roofs of his dwellings pleading “help me” and “SOS”, the Times’ story describes.

“At some point, a bear had dragged him down to the river,” Lt. Cmdr. Jared Carbajal, one of the pilots of the Coast Guard helicopter said. “He had a pistol [with only two rounds remaining]. He said that the bear kept coming back every night and he hadn’t slept in a few days.”