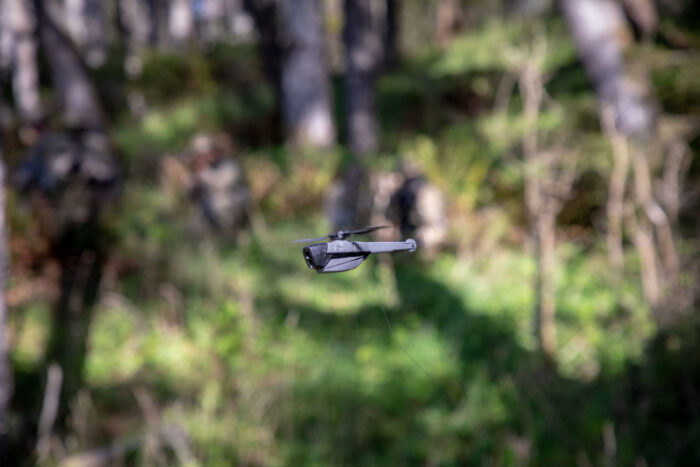 Pocket sized drones are now being deployed by the military. These Personal Reconnaissance Systems have been developed by FLIR. “Black Hornets” weigh just 33 grams units can loiter for 25 minutes while sending back actual time videos to the operator. 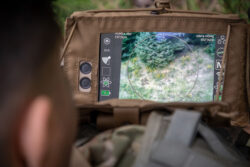 How many times have hunters sat in a tree stand or on a ridge top and wondered where the game was? If they had a satellite link that could determine where and how many critters were in your area. Of course, this is no longer hunting and is illegal to do. The problem is that criminals and poachers will use any and every trick that they can to give them an edge.

The “sport” comes in with how the Hunter ethically and honestly pursues wildlife. This is known as Fair Chase.

These drones may become available to the public at some point. Military grade Night Vision, Infra-Red, motion detectors, lasers, and so many other high-tech items can take the sport out of hunting. Tree cams offer in time pictures of when deer or game is near your tree stands. Heat units help to locate downed game. Infra-red units can help count critters in a nocturnal setting. Drones equipped with these sensors help snake, hog, and other hunters locate their quarry.

In some cases, these systems may be ethical. Removing pythons from the Everglades helps other wildlife. Feral hogs cause great damage to farmers crops and wildlands. The challenge is how to locate these evasive creatures so they can be addressed.

If an elk hunter were to use a drone, they can now locate a herd, just over the ridge. Now a hunter can move into a position of advantage. I have seen drones while hunting and fishing in Montana. In one case a drone was used to locate a fishermen’s Honey Hole on a lake. Since elk are herd animals, locating the herd is the first rule of elk hunting. True hunters track, observe, and Scout to accomplish this. Outfitters use aircraft observers, but the law prohibits their guides from using this info until 24 hours later.

Drones are prohibited for tracking and locating wildlife, but photographers frequently use them. Montana Hunters have also reported being harassed by drones when hunting. Drone owners have used drones to film or frighten animals away from hunters. Landowners have filmed legal hunters they feel are too close to their property or personal space.

Like it or not there needs to be additional legislation to prevent he abuse of drone usage.