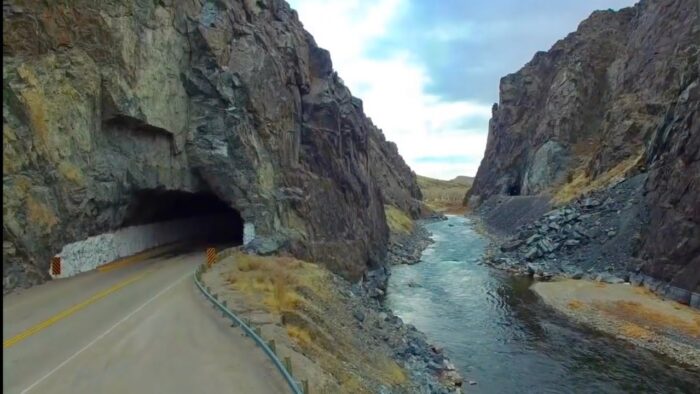 SMOKEM IF YOU GOTTEM!!!
By Montana Grant

Not all fishermen catch fish! Years ago, I was fishing the Wind River Canyon, in Wyoming. It was my first trip to this area and the water looked awesome. Mayflies were hatching by the bushel, but the trout were not eating them. What could be better, to create a bite, than a river full of floating bugs. The Massive Mayflies were everywhere, several species, and Large in size. But…

After struggling to catch some trout, I went back to basics. If the trout are not feasting on mayflies, they must be a buffet of something else. I began turning over the rocks, to see what the stream buffet had to offer. After flipping several rocks, I found one that had a dozen massive rock worms, or Crane Fly Larvae under them. These larvae were size 4-6. The mayflies were sizes 8-12. Why eat a tiny slider when you can feast on a Big Burger! 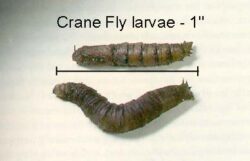 I picked up a hat full of larvae worms and jumped onto a high rock. Several HUGE trout were visible as I tossed a handful of larvae toward them. Not one made it more than a few feet before they were scarfed up. Now that the problem was solved, what fly matched such a huge nymph? There were no local trout shops back then, so it was time to hit the vise.

I noticed that the larva was bent, so I bent a large wide gap streamer hook to match. Since the river was fast and deep, I added lead weight to the hook. Now it was time to make the body, but with what? The color was tan, just like a rubber band so… I wrapped a rubber band around the hook. The layered effect matched the worm’s segments perfectly. For the head, I added peacock herl, just because.

My first cast would determine if my idea would work. I returned to the same rock and dropped the new tie into the back eddy. Wham, Slam, Boom, the fish was on! Talk about a great plan coming together. The huge browns and Rainbows wore me out!

The downside was that my new fly was fragile. After a couple toothy finned fish, the band fell apart, but they were easy and quick to tie. The ripped bodies and herl could be easily recycled, resharpened, and put back into action.

I called this fly the “Rubber Band Man”. Thanks to this original fly, our fishing went from getting Skunked to Smoking them!  I equipped my fly-fishing crew with a few dozen RBM’s each day. Once we ran out of flies, we ran out of strength.