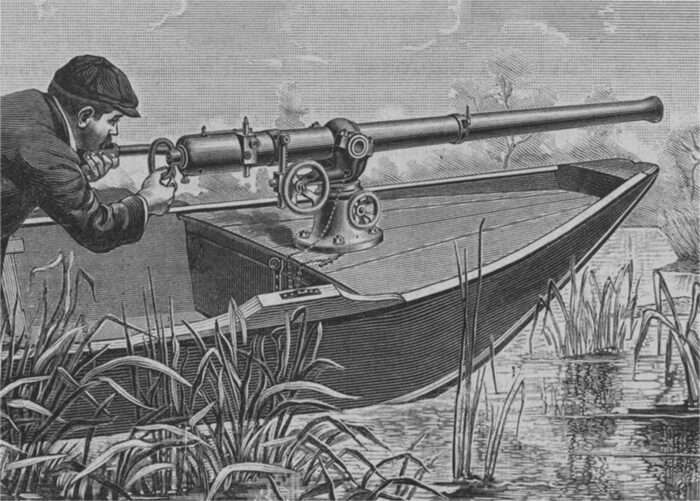 Big Guns are nothing new. Shooters and Hunters often want to get a Bigger Gun. Bigger just seemed to be Better. If the gun isn’t bigger, then perhaps the load or caliber is bigger.

Back in the day, many commercial hunters wanted to get as many birds with one shot as they could. They created HUGE Punt guns that were more like cannons. These single shot beasts weighed hundreds of pounds and were as big as the wooden boats that they were mounted into. The Chesapeake Bay and many large lakes were ideal for this waterfowl killing technique. 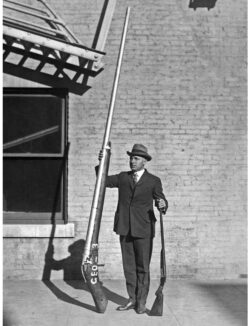 When ducks or geese would Rik up or rest in large groups on the water, they would slowly scull paddle their boats into range. This meant 50 yards or closer. The gun would be loaded with whatever they had. Rocks, metal, nails, glass, and anything that they had. When the gun was touched off, hundreds of dead birds would be left in its wake. Each bird was sold to restaurants and markets.

Aiming and firing a Punt Gun was just about getting close. Not much shooting or sport required. Despite these huge harvests, Ducks Unlimited and many other sportsmen groups have regulated and protected waterfowl. Our flocks of geese and ducks today are healthy and abundant.

Big Punt Guns are no longer legal to use!