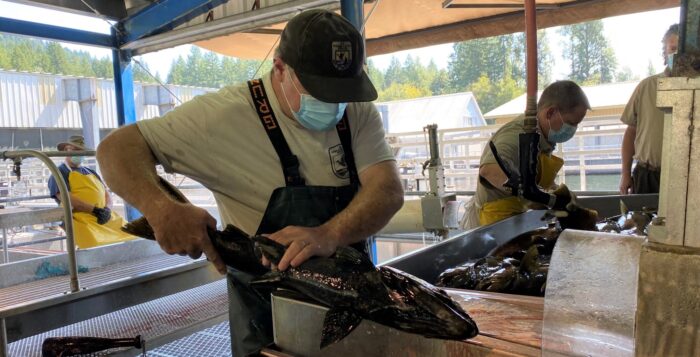 The Carson National Fish Hatchery in Washington State is doing their best to help Chinook salmon populations. The hatchery is located on the Wind River in the Columbia River Gorge.

This year they stripped and fertilized the eggs of 720 female salmon. That means 2.6 million eggs are produced. These eggs will be raised into smolts, and then released. 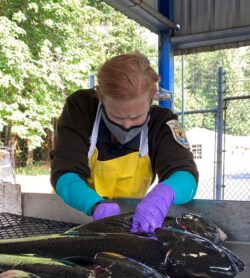 This year’s annual run was higher than the average of 804/ year. 2’740 Chinooks found their way home.

These salmon serve several important purposes. 508 of the captured fish went to Native tribes for consumption and tribal ceremonies.

Once the smolts are grown, they are released into other rivers such as the Lower Snake and Touchet Rivers. Some are raised in schools as a project for kids to learn about the fish. These fish are also released into the rivers. They also support a Killer Whale program and other hatcheries.

All salmon populations are struggling due to overfishing, predators, pollution, dams, and habitat destruction. Hatcheries serve as a band aid until more sustainable solutions can be found.

The salmon were spawned in August 2021 and will remain in the hatchery for 18 months.