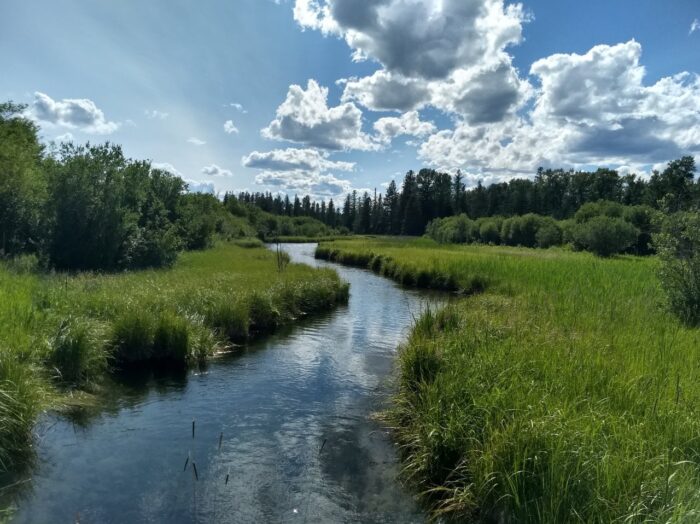 Kalispell — After collecting and reviewing public input, Montana Fish, Wildlife & Parks is recommending the acquisition of 772 acres of forestland along the Flathead River near Columbia Falls to protect public recreation access, fish and wildlife habitat, and water quality. Known as the Bad Rock Canyon project, the property is located off U.S. Highway 2 and would be protected as a Wildlife Management Area.

FWP produced a draft environmental assessment that detailed the proposed project and accepted public comment from Aug. 10 to Sept. 8, 2021. FWP received 209 formal comments, all in support of the project. The comments are attached to a decision notice that is posted online at https://fwp.mt.gov/news/public-notices.

FWP will forward its recommendation to the Montana Fish and Wildlife Commission for a decision at its Oct. 28 meeting. If approved, the project would go before the Montana Land Board for final review at its Nov. 15 meeting.

The Columbia Falls Aluminum Company (CFAC), a subsidiary of Glencore, has decided to dispose of this undeveloped property, which is across the river from the former aluminum plant. The property is winter range for elk, moose, and white-tailed deer.

FWP’s purchase of the property would safeguard vital habitat and a travel corridor for wildlife species such as grizzly bears and bull trout. The property is located at a geographic pinch point where the Flathead River flows through the very narrow Bad Rock Canyon. The land is adjacent to a large block of public land and would add to a 12,000-acre network of conserved land along a 43-mile stretch reach of the Flathead River between Columbia Falls and Flathead Lake.

The property is currently enrolled in FWP’s Block Management Program and provides a limited opportunity for hunters to harvest elk and white-tailed deer near Columbia Falls. A trail has been constructed on the property by Gateway to Glacier Trail, Inc., a local nonprofit group granted a revocable license issued by CFAC to allow access to hikers, bikers, birdwatchers, and others. Under FWP ownership, public access would be managed to preserve wildlife presence and hunting opportunities while allowing compatible trail and property use.

FWP partnered with the Flathead Land Trust on this project after CFAC gave until the end of 2021 to complete the acquisition. If the project fails, the property would most likely be sold, subdivided, and developed into a high-density neighborhood that would directly impact the conservation value of the site.

The appraised value of the acquisition is $7.26 million. Funding sources include $4 million from the U.S. Forest Service Forest Legacy Program, which is funded by the Land and Water Conservation Fund that collects revenues from offshore oil and gas; $2.5 million from FWP’s Habitat Montana program, which uses several big game license revenues that are earmarked for the protection of wildlife habitat, particularly “important habitat that is seriously threatened;” and $590,000 raised by the Flathead Land Trust in a local fundraising effort that collected private individuals, organizations, and foundations. CFAC would donate the remainder of the value.

FWP previously accepted public comment in the fall of 2020 asking whether the agency should initiate the project and received 127 comments, all in support.