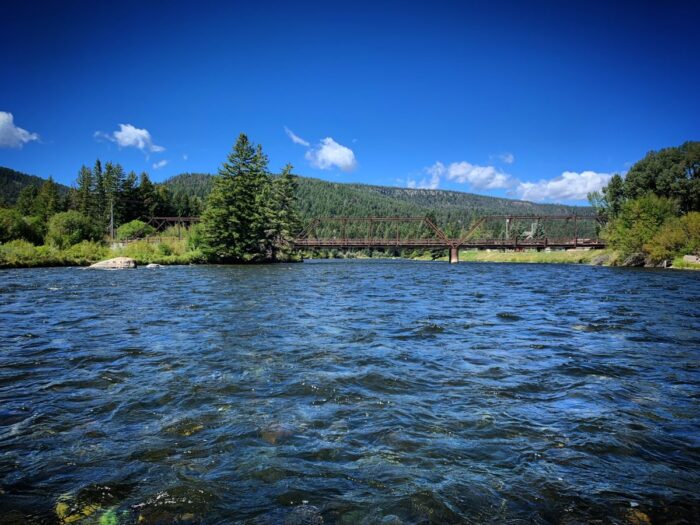 It’s starting to feel a lot more like early Fall than late Summer around SW Montana. The leaves are starting to change, nighttime lows have been dipping into the 30’s, and people are starting to head up into the mountains with archery season kicking off this morning.  The sky is still a little smokey around here, but not nearly as bad as what we saw in July and early August, and fishing has been pretty day to day on the old Upper Madison over the last few weeks.

It’s still been a tougher bite on the Upper wade stretch between Quake and Lyons bridge, and there hasn’t been a lot going on before 10:00 a.m. unless you are looking to throw streamers.  Small Caddis Pupa, serendipities, #18-20 PMD emergers, and small perdigons have been the most consistent nymphs in the upper stretch but you’ll definitely hit your share of smaller fish in between some nicer ones.  If you are looking to throw dries in the upper stretch I would stick to ants, beetles, and darker caddis adults in size 18 range, as well as smaller attractors like Royal Wulff Cripples, and PMX’s.

The float stretch has been a little more consistent lately, but again, there doesn’t seem to be a lot going on until 9:30 a.m. – 10:00 a.m. unless you are looking to throw some streamers.  Everyone has there own take on size, color, presentation, etc, but one thing most will agree on around here is that the morning streamer bite has been one of the most consistent ways of getting into high quality fish over the last month or so, and hopefully that continues to be the case well into October.  Some of our better patterns continue to be Kelly’s Peanut Envy, Boogie Man, CH T&A’s, CH Barely Legal, as well as Mini Loop Sculpin.  The best window seems to be from first light until around 11:00 a.m., but we have also had plenty of days where fish will continue to chase well into the afternoon hours.

After three glorious years of throwing big foam from late July through mid September, I think it’s also safe to say that the hopper bite we all were hoping isn’t going to happen.  A lot of that is because of the smoke we had this season, but if we get some warmer temperatures and clear skies we might see a few days of good hopper fishing before the snow starts falling.  Cinnamon and Black Ants have been far more effective though, and there have been some very nice fish looking for a variety of different patterns.  Ant Acids, Arrick’s Parachute Ant, Delektable UV Cinnamon and Cinnamon Toast Ants in #14-16 have all been good choices on the river over the last two weeks and we have been doing best on them after it starts to warm up around 11:00 a.m..

If you can’t get them to look up you can usually get your fair share of fish under the indicator.  Small Serendipities, Olive Hot Spot Perdigons, Lightnings Bugs, Rainbow Warriors are all good choices, and you can also nymph a Zonker or a Sculpin imitation in the morning as well.

For more information on the Slide Inn, click here.