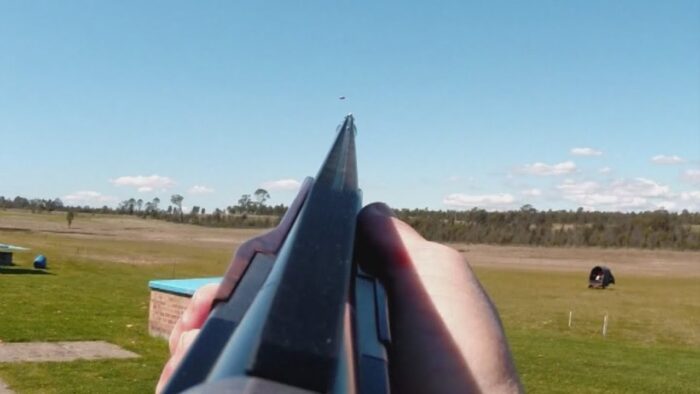 Great shotgunners are Great Swingers! They understand what Swinging means and how to Swing through their targets.

Shooting a shotgun is not about aiming, it is about pointing. Aiming requires that the gun stops swinging and you target a specific point. Old School bird hunters called this “ambush shooting”. They would pick a spot in front of their moving target, stop the gun, and pull the trigger. Their hope was that the bird would fly into the pattern. This technique does create more of a circle pattern of shot that the bird would fly into.

Swingers create a long, oval pattern of shot that is more like a string of BB’s, that flow across the target. The shotgun never stops moving. It starts following the target, crosses over it, then passes across the bird. The shotgun is pointed at the bird and swings through it.

Try taking a hollow pipe and fill it with small gravel. Swing the pipe and allow the gravel to be thrown out. You will see the oval string of shot that I am referring to. Understanding this is huge. Visualizing your oval, strung out pattern helps you point more accurately. 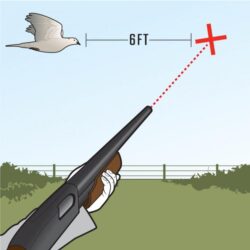 In WW2, the Army Air Corps sought out midwestern bird hunters to man the machine guns on their bombers. The B-17, Flying Fortress”, was fortified with 6 shooting stations armed with 50 caliber machine guns. Every 6-7th round was a tracer. This glowing incendiary tracer showed the gunner where the bullets were pointed.

Consider the dynamics. The bomber is heading in one direction and speed. The attacker is at another direction and speed and closing. This is pure Physics. To train gunners, shooters were loaded into a truck or railcar and sped in one direction. Targets were either stationary or moved in other angles. Shooting started with shotguns then graduated to machine guns. Bird hunters understood instinctively, how to adjust and compensate for these angles.

My Father was a Bombardier in a B-17 with a chin turret. He shot down 2 ½ German fighter planes during his 50 combat missions. He was a bird and bunny hunter from Southwest Pennsylvania.

Shooting is a learned and perishable skill. Without practice, you will never figure it out and can quickly lose the skill. As we age our eyes change and things slow down.

Shooting Sporting Clays is the best way to practice for field shooting upland birds. Almost every shot requires you to point, move, and swing. Make sure that your dominant eye is dialed in correctly. This can change as we age. Also check to see if you have mounted the weapon properly, with your cheek on the stock. Have someone use a camera to video your shot. You will immediately see where you aimed but did not point the shotgun.